My six year old has been asking for months to create a piece of wall art similar to this one. 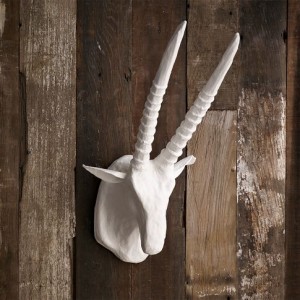 I have stalled and stalled on it because 1) it would take a good amount of time to complete and 2) I couldn’t quite decide what the best way to make a frame for it would be.

But the since this project was on the list I was forced to make a decision and begin.

We looked around the garage and found this old Halloween decoration which was broken. 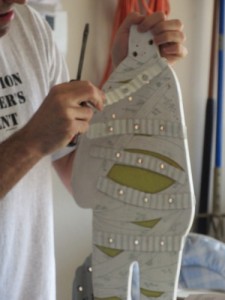 My husband add the ears which were previously the mummy arms while old metal coat hangers became the base for the antlers and the nose. 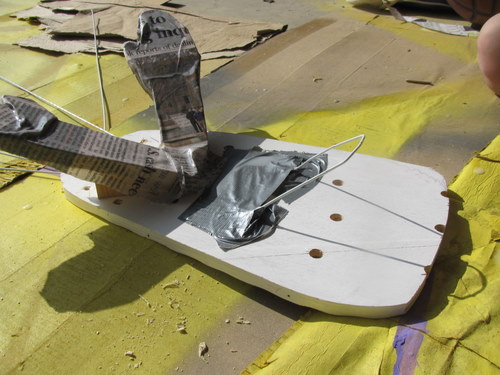 Using a mix of half Elmer’s glue and half water, Andrew and I paper mached strips of newspaper onto the structure.

Over the course of a week we put on four separate layers. 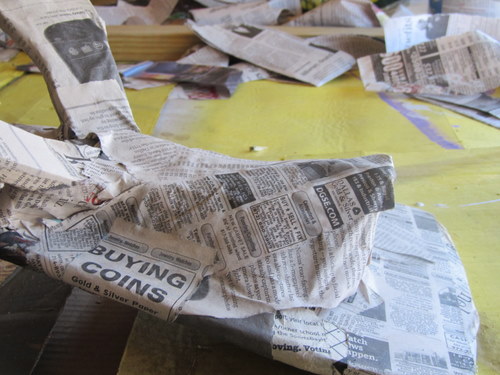 After a trip to the craft store to choose his colors, Andrew painted his gazelle with a combination of orange, coral, black, white, and blue colors. 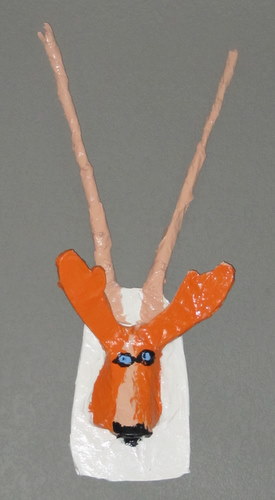 There was a minor debate about where this piece of art should hang. Andrew suggested my bedroom which I quickly thanked him for but declined. My thought was for it to go in his bedroom room. He quickly declined that offer. We finally settled on an area in our playroom above a doorway. 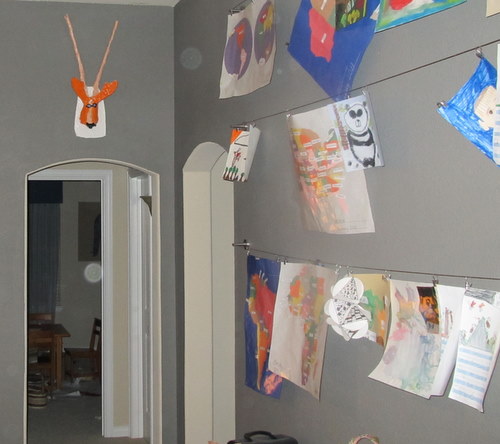 Andrew’s already talking about making a water buffalo for the living room and an elephant for his sisters’ room.

I’m thinking I’m going to have to introduce him to the idea of small sculptures.

7 Responses to Art Project with Andrew