We had our second annual Halloween party over the weekend and for the second time I forgot to take any pictures. I set up these photos after everyone had gone home and right before I crashed on the couch. In addition to the new food below, I also served the same food from last year.

Marshmallow Holder : spare wood with holes drilled into it 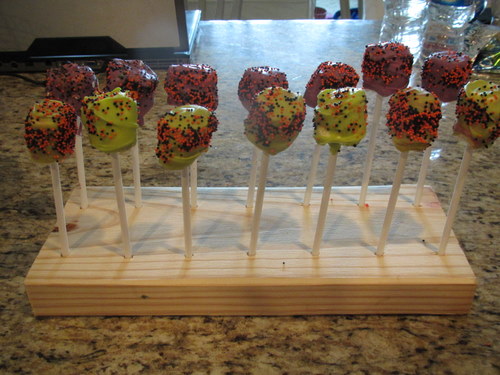 Food on a stick is always popular and these were no exception. 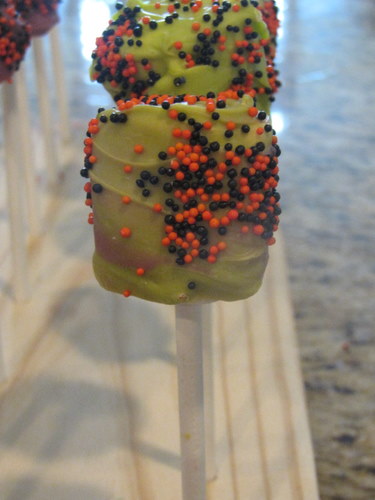 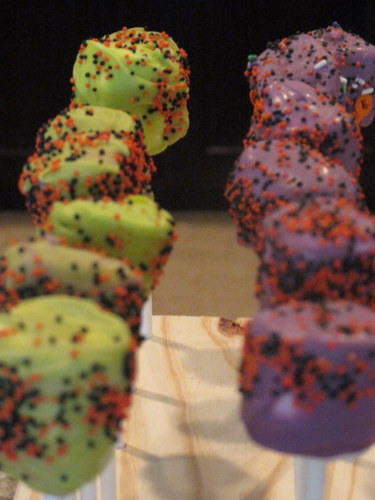 Chocolate Witch Fingers – Use a paint brush and melted chocolate to paint the fingernails. Allow to cool in the refrigerator for ten minutes. Fill up remaining space in the mold with different colored melted chocolate. Lay pretzel sticks into the chocolate and cover with more chocolate. Place in fridge for 20 minutes.

Chocolate Grave Stone: same idea as the fingers minus the pretzels 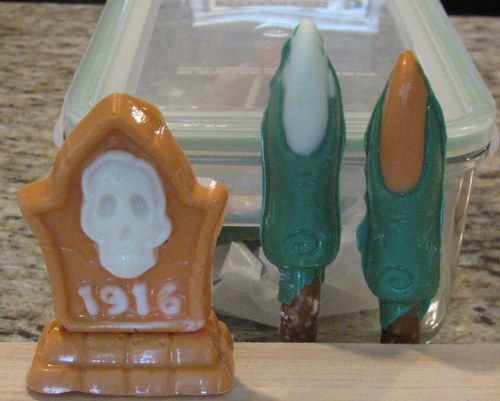 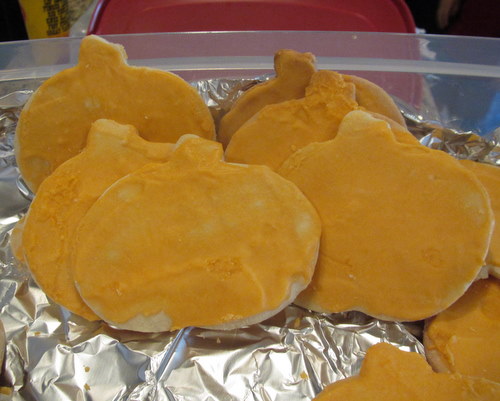 Alex and Andrew named and labeled all of the party food. Dracula’s Skin was banana bread slices while the Monster Teeth were Rice Krispie Treats. They had a lot of fun creating these…let’s just say the Marshmallow Pops above were labeled Frankenstein Poop. Yes, we through classy affairs around here. 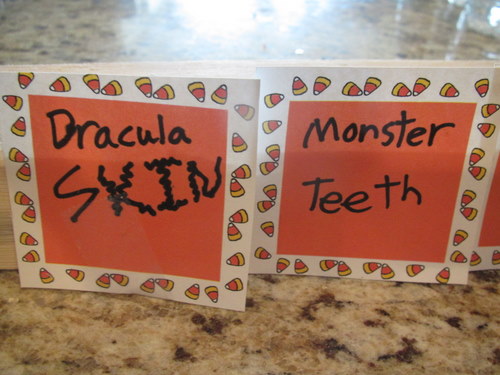 Along with our party boards, there were games and crafts to keep the kids busy. A big hit with the 3 to 7 crowd was my Halloween Bingo, I gave plastic spiders to the winners.

The fourth grade crowd primarily ignored my games in favor of a football game but did decide to stop to play the “Mummy Wrap.”

Kids got into groups of two with a roll or two of toilet paper and wrapped each other as mummies. 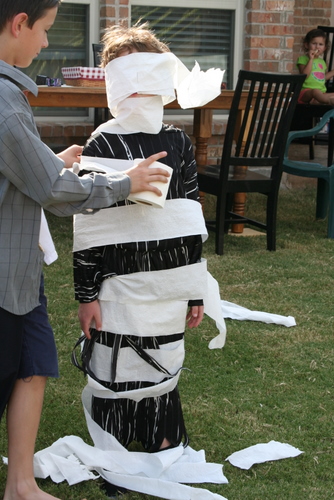 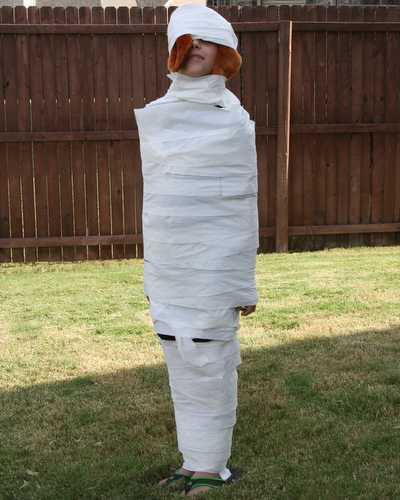 That WRAPS up (Ha!) another edition of our Halloween party. The left over Rice Krispies have been eaten by me (about 20 in 2 days – NOT A JOKE!) and the games put away until next year. Hope your Halloween is filled with lots of sugar and dressing up.