I made my daughter’s Halloween costume this year.

She is going as a mermaid.

You be the judge. 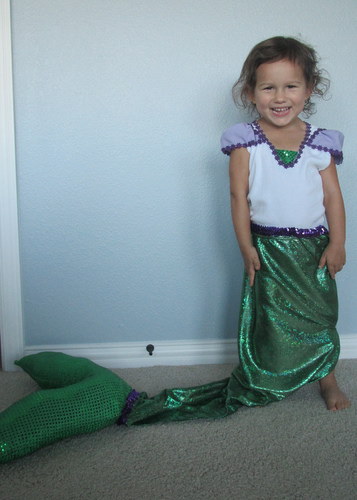 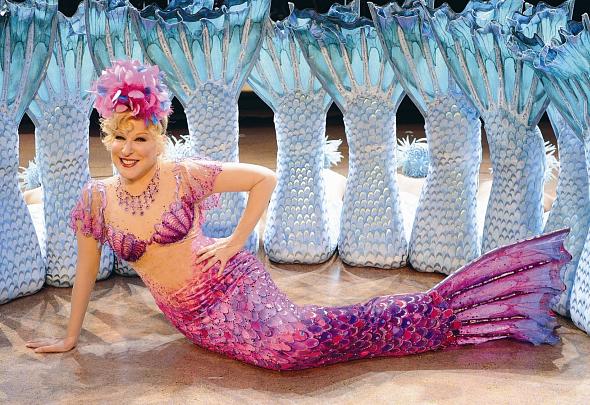 The resemblance is striking I know.

Caroline loves mermaids so this was a natural choice this year for her costume.

Beware of this tutorial – there are many photos and only rudimentary sewing instructions.

I first started with a long sleeve shirt which was given to us as a hand-me down.

I ultimately decided I would make her costume into a dress since it would be easiest for her. Plus, bikini tops on little girls creep me out. 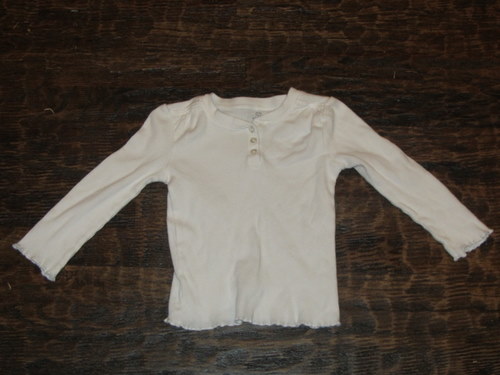 I cut the sleeve off of the shirt and cut the collar to make it a little wider. 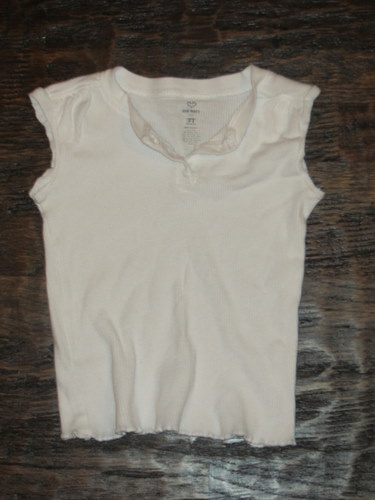 Next, I took purple cotton fabric and cut out two semicircles of material to try and make some cap sleeves.  I then sewed some purple flower trim onto the long edge. The trim was quite delicate so I had to sew it with a needle and thread. 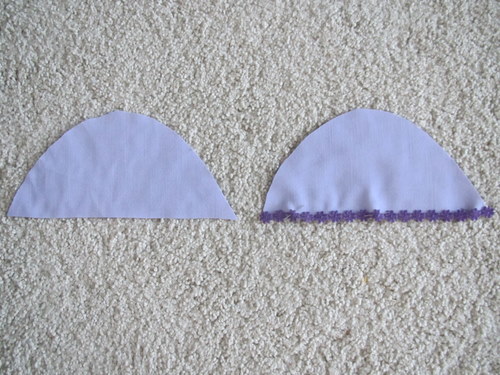 I then gathered the top portions and held it with pins so I could use my machine to sew. 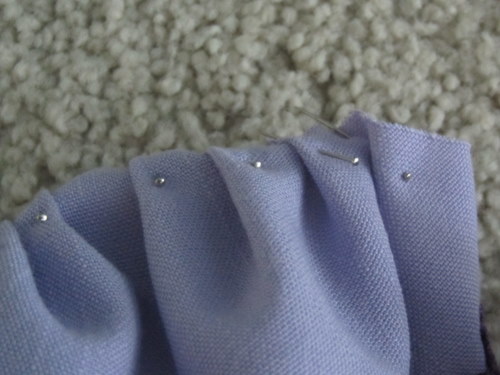 This gave the sleeves a curved shape.

When my six year old saw these he said, “Oh, are those for Caroline’s chest?” 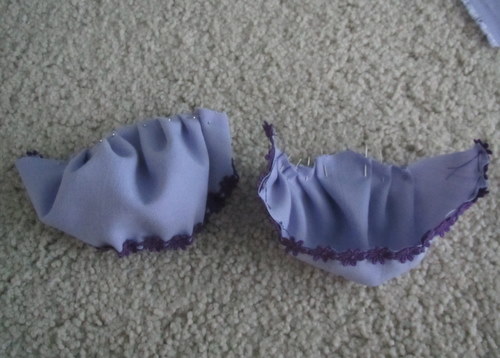 The sleeves also received another line of trim on the gathered side. Once the sleeves were finished I hand sewed them onto the shirt. 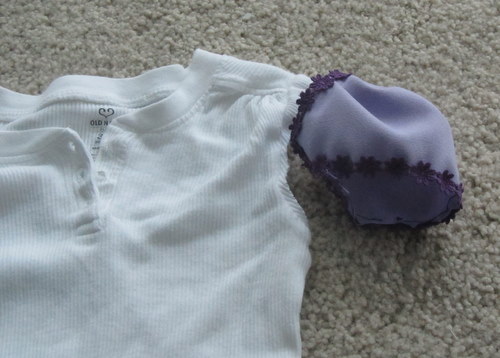 Feeling that one more layer of flowers was needed I hand sewed the third line of flowers. I was very worried at this point. I was worried I had the “more is better” syndrome and would ruin the costume. 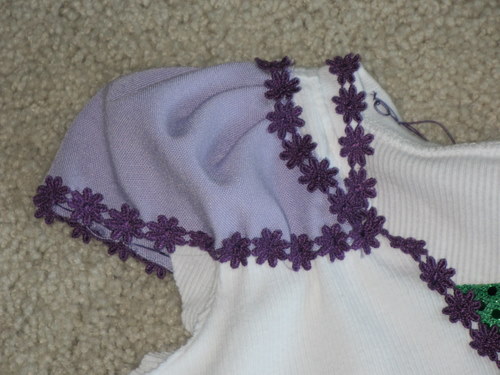 A little sequin sparkle in the center of the top and that section of the costume was complete. 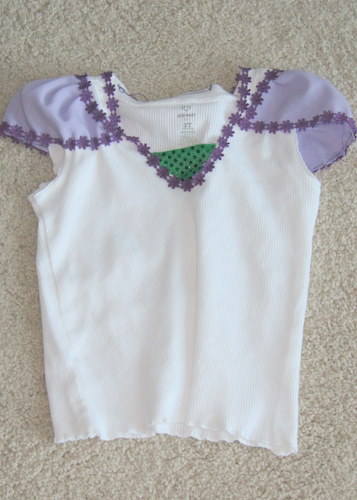 Here are the materials I decided on for the tail. I know, low key. Nothing flashy here. 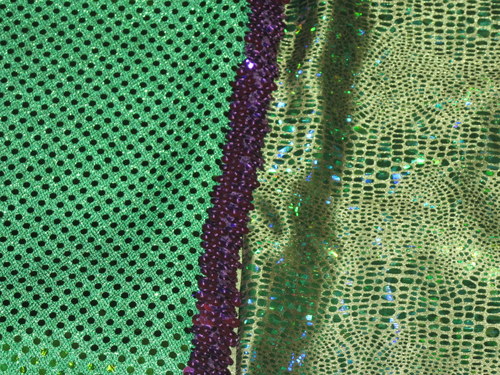 I folded the sequin material in half so that once I cut around my template (not the actual template in the photo, can’t figure out where it went) I would have two full tails. 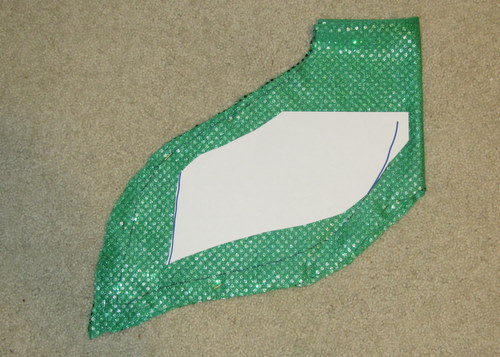 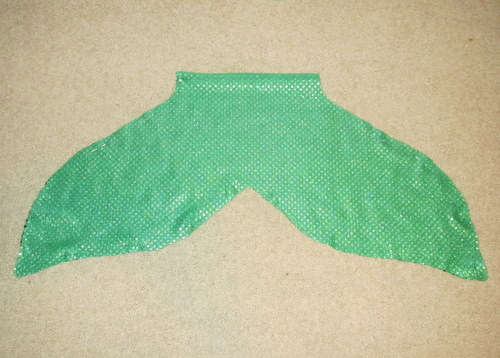 I sewed the tail together, turned it inside out, and stuffed it. 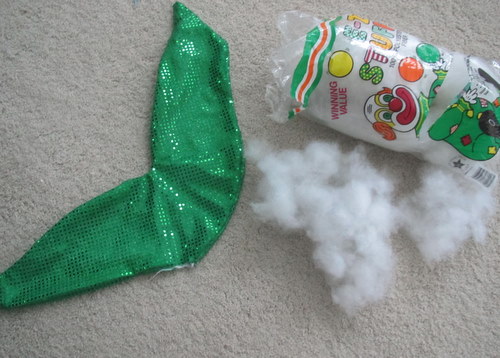 It is about this time where I realized I was making a slightly deformed mermaid. The size of the tail should probably belong to a mermaid which is 7 feet tail. But I was this far into it and not about to turn back.

I left an opening on the side so I could sew in some elastic for her to wear around her wrist in case she wanted to hold the tail up. I should have sewed it in when I initially sewed the tail. 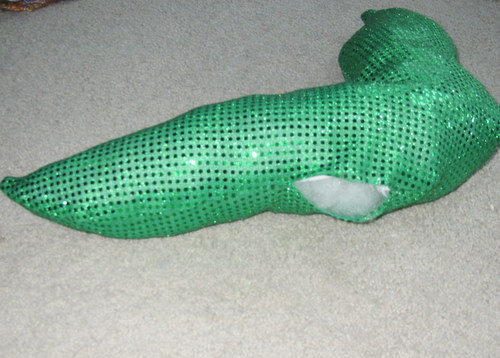 This actual bottom portion of the costume I pondered for days. I looked at mermaid costumes online and watched the Little Mermaid intently (not!), I finally decided on a side tail for her. I thought it would be fun for her to have something to drag but I also needed her to be able to walk. Here’s what I did.

I gathered the material (have no idea how much) and made it come to a rough point at the bottom. I sewed the edges down and sewed across the whole bottom. 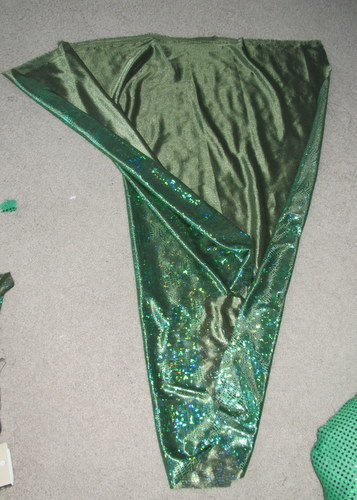 My next challenge was to figure out how to get the bottom section attached to the shirt. 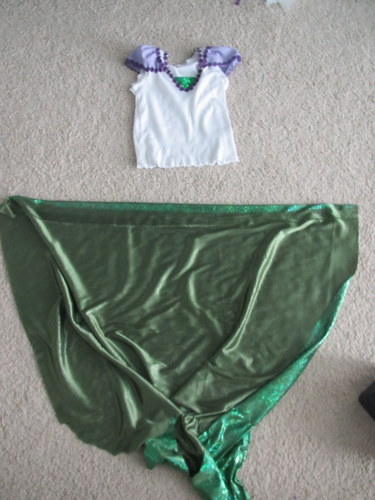 I finally settled on cutting the side of the shirt about 8 inches and then pinning the shirt and green material together. 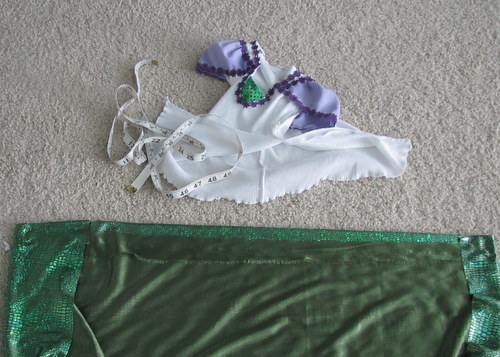 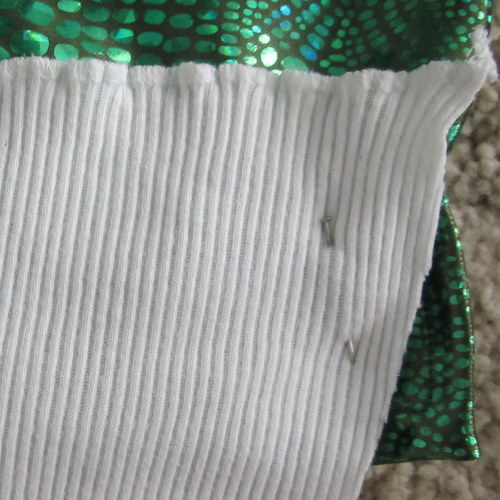 This is the costume after sewing the two major pieces partially together. I left one side of the costume open in order to add the middle trim. 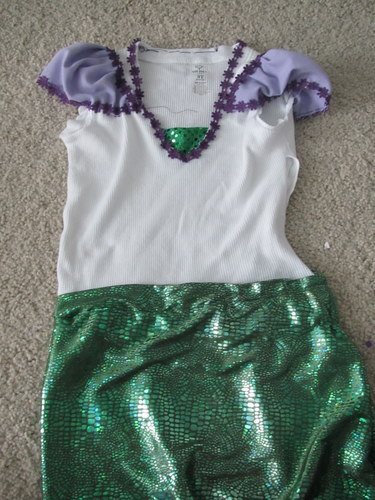 My idea was to sew the purple sequin trim by hand.

I tried and failed. It was cumbersome and the thread kept getting caught on individual sequins.

Instead, I brought out the trusty glue gun. Normal sewers are gasping at the thought. 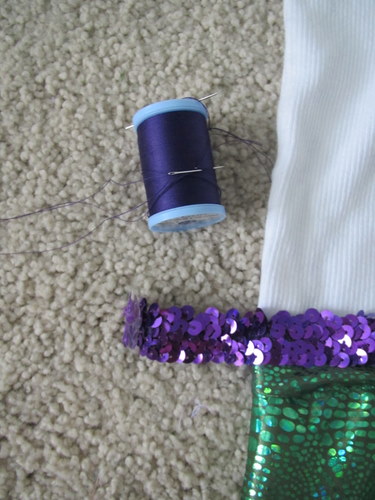 Glued the tail trim on as well.

Finally sewed up the side of the costume 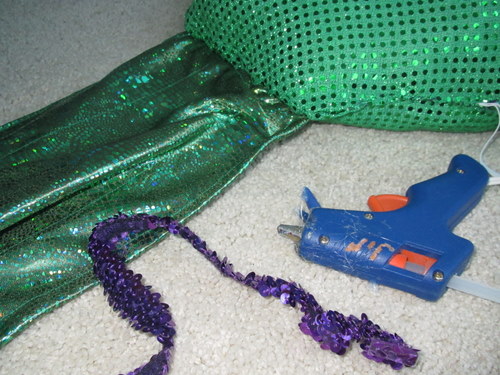 You can see the arm elastic on the tail here. 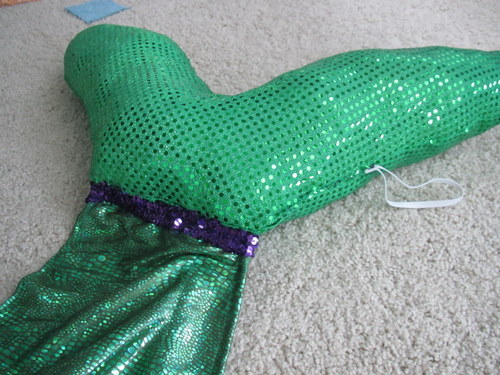 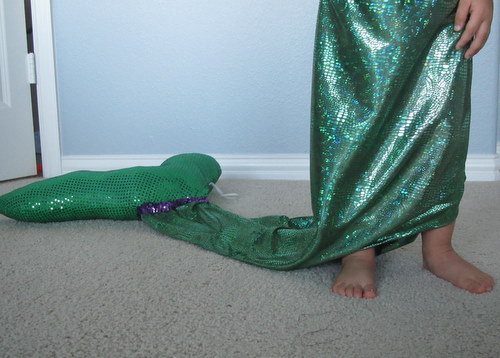 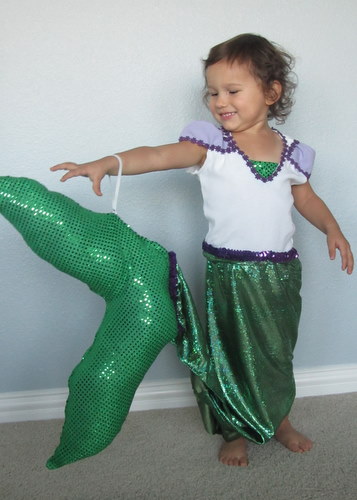 Showing off her mermaid swimming skills 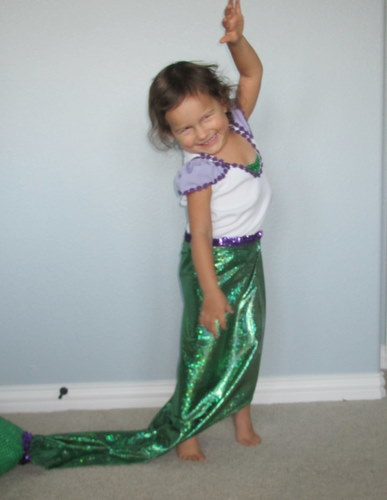 One costume down, four to go.

This entry was posted in caroline, clothes, dress up, dresses, holiday, sewing. Bookmark the permalink.