I have no idea how to sew correctly.

I simply look at pictures and try to copy the idea.

Sometimes it turns out. Sometimes not.

I bought some fabric in October from City Craft but had no idea how I would use it. I just loved the animals with the mix of red and green. I eventually settled on the idea that I would make some Christmas place mats.

Measuring is also too much of an extra step for me.

So I took an old place mat I have and placed it on top of the fabric I was using. I then ironed over the edges of the fabric. I made some rudimentary cuts in order to create some corners. I did the same thing for the back piece of fabric.

I then pinned the front and back pieces together and sewed them together. 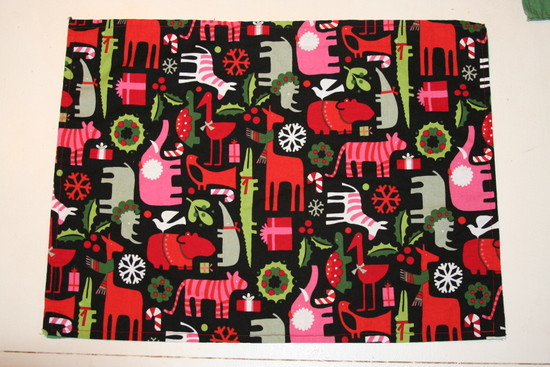 Not pretty, awful craftsmanship, unbelievably ugly corners but… I had 4 place mats done.

Problem was I wanted 6 place mats. Since I didn’t buy enough fabric I had to think of an alternative design. I settled on a small strip of the animals down the place mat. I needed some sort of border between the 2 fabrics so I bought some red ribbon to go down the sides. You can see how it turned out. 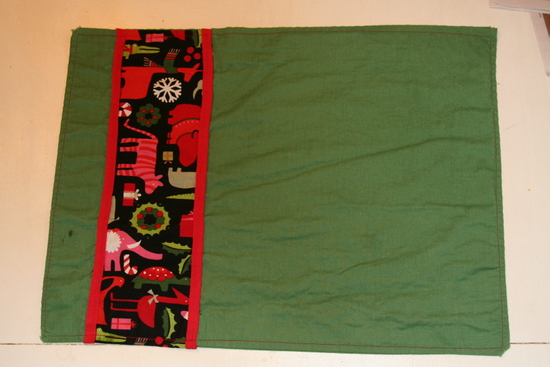 I was pretty proud of these place mats until I washed them. My abysmal sewing skills made themselves abundantly clear. Part of the animal fabric came out from under the ribbon and instead of 6 rectangles I now have 6 oddly shaped place mats.

Have you ever had any sew wrong moments?