I realize this is late but I figure better late than never.We managed to decorate our house a bit for Christmas so I thought I’d show you some of the pictures and a few of the activities we did.

Here’s our Christmas mantle. I decided to go with a red, silver, and blue theme. I thought those colors might be a nice change from the typical red and green. The JOY letters were stuck on the wall until they came crashing down one night at 3 am. They have been sitting on the mantle ever since. I bought them at JoAnn’s, painted them red, and modge podged them with glitter. 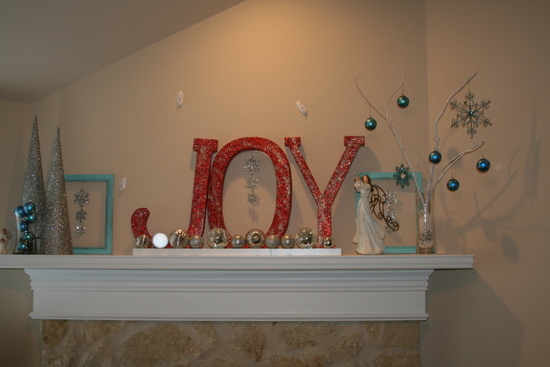 I took a frame and hung snowflakes in it. I placed it next to my Pier 1 glitter trees. Boy oh boy I wish my sister still worked there. The only thing I bought bedsides the JOY letters were the blue ornaments. 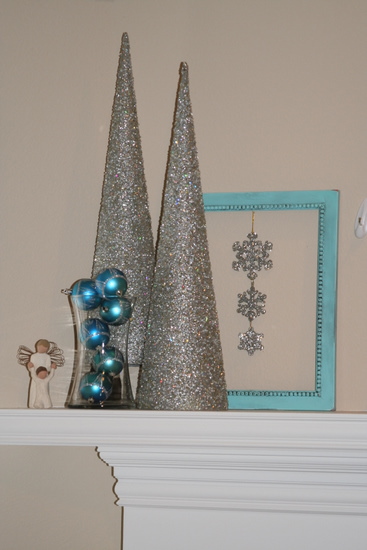 These are a couple of branches I took and spray painted white. I hung various blue ornaments from the branches. I placed some white and silver Mardi Gras beads inside the jar to keep the branches stable. 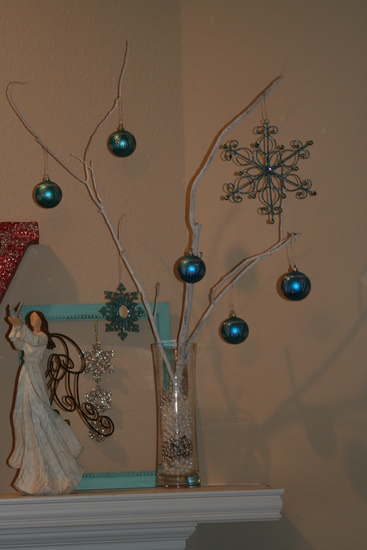 Here’s our cheap and easy Christmas card display. I wanted to create this elaborate yarn and metal display that I have floating around in my head but it never happened so I’ll keep that in mind for next year. 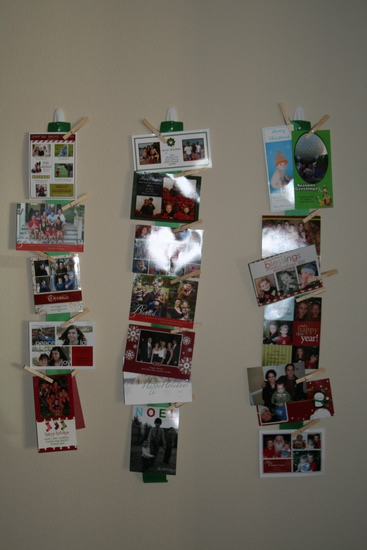 I took a 3M Command Strip (which failed to keep my JOY letters up) and placed them on the wall. I took strips of ribbon, punched a hole at the top, and hung the strips. We then hung the cards with clothespins. 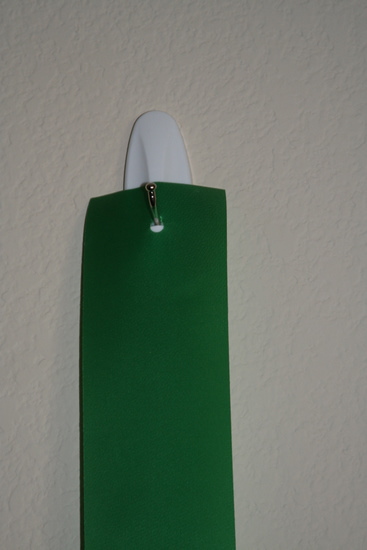 Getting ready to visit Santa. Alex was feeling very sick that day so only Caroline and Andrew went. Turns out they were only willing to look at him and neither one would go close to Santa. 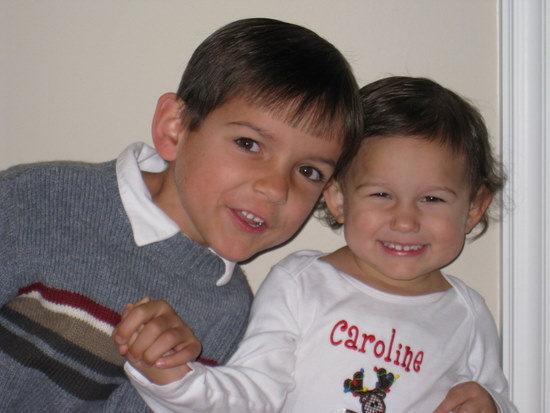 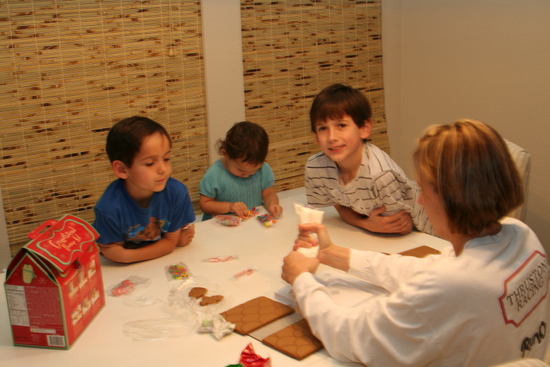 Watching A Charlie Brown Christmas as a family.Who knew I had six chins? 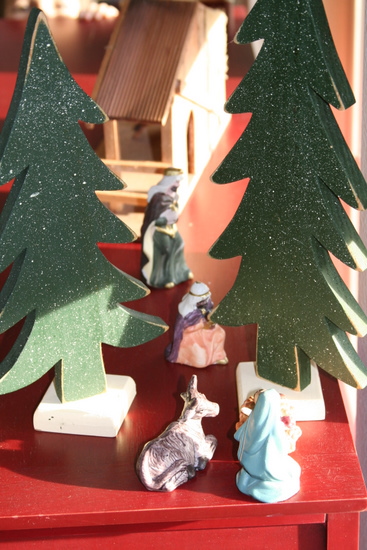 A wise man watching from the trees, ready to attack 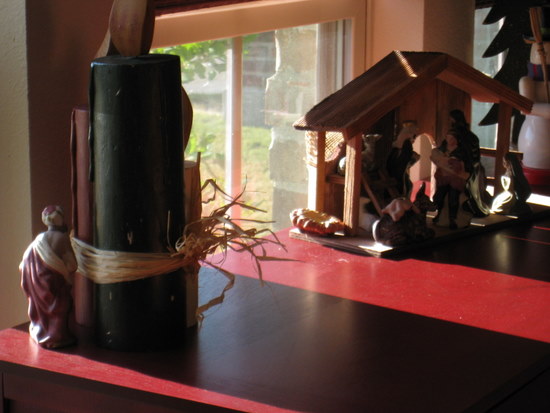 Every day Andrew would move the figures around and have a whisper dialogue with them. I desperately tried to hear some specifics but never could get close enough. All I know is that one day the wise men were on their sides, the animals were on top of the stable, and baby Jesus was behind the trees. 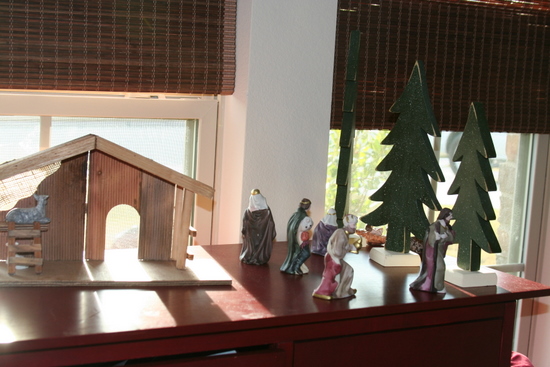 Family photo I took of everyone before we went into the ICE exhibit in Grapevine. 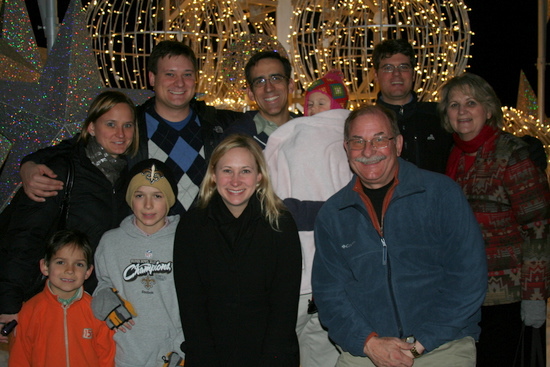 Hope your holidays were wonderful!

One Response to Christmas Pics: A Little Late