So this happened last weekend… 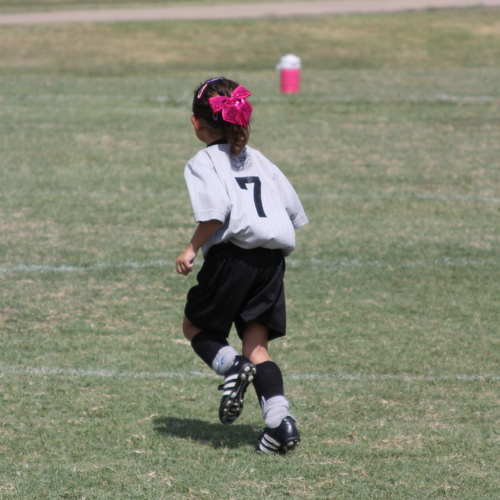 After watching her brothers play in roughly 692,000 games over the last five years, she is so excited to be on a team and play in her own games. 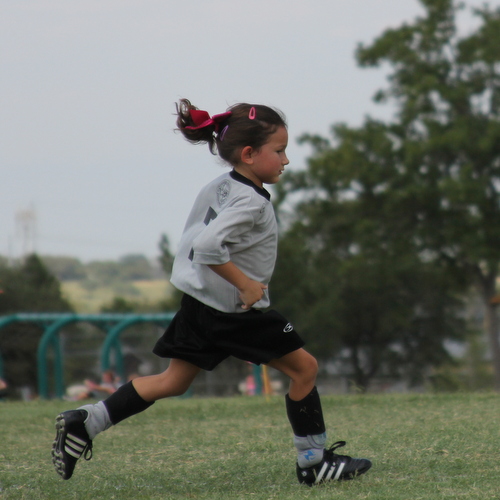 To mark the occasion, Caroline and I went to buy a new pink mesh bag which holds her new pink soccer ball. We also dusted off her brother’s old cleats and shin guards which she couldn’t be more happy to get to wear – except for the fact that she hates the feeling of the shin guards so she puts her socks on first and then puts the shin guards on top of the socks. 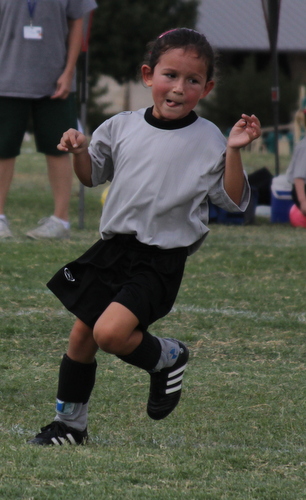 Now with Caroline, who we like to call “spirited,” there was no telling what the first game would bring – happiness? tears? refusal to play?

Well, I’m happy to report she was so happy (anyone else feel like this post should be sponsored by Pharrell Williams?)! She ran and ran around the field. At times, she was no where near the ball, just playing her own imaginary game, serpentining all around the field.

While the rest of us were sweating in the 101 degree heat, she was running around with such joy.

Apparently she runs better when sticking out her tongue because she did that the entire game – from here on out I’m calling her the Michael Jordan of soccer. 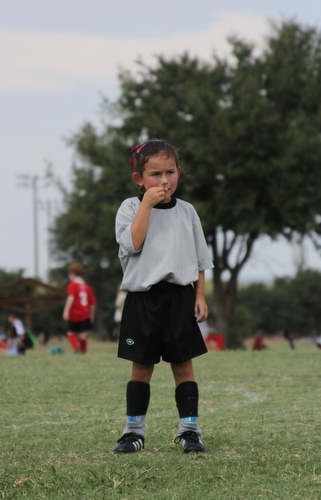 Of course when she wasn’t sticking her tongue out while running she was squeezing her lips while she watched everyone else go for the ball. Everyone else is cheering ,”Run,” while my husband and I are cheering, “Get your hands out of your mouth.” 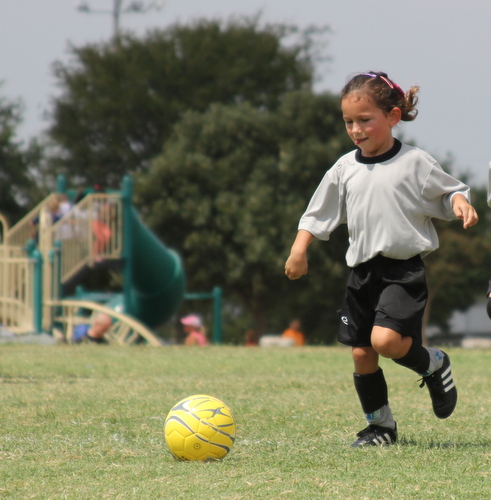 And then the ball came her way!

And she ran with it!

Kicking it down the field! 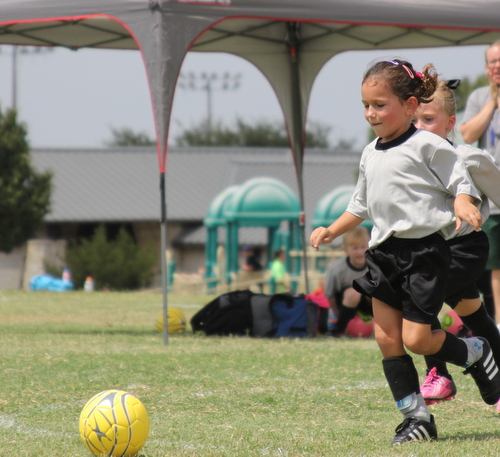 The smile that came from her was amazing.

(I would have loved to show you that smile but my 9 year old had the camera at the time and stopped taking pictures right before she scored. I think he was as excited as the rest of us for Caroline and was cheering). 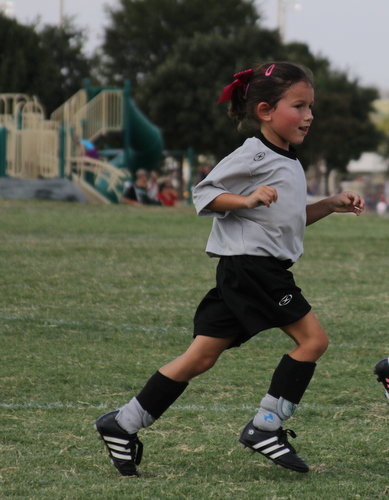 3 Responses to Move Over Mia Hamm