I spent my Mother’s Day weekend at a soccer tournament for my  oldest.

A perfectly good way to spend a weekend in my opinion.

What is not a good way to spend a weekend is to listen to j*ack*ss parents scream and yell at my son and his team. 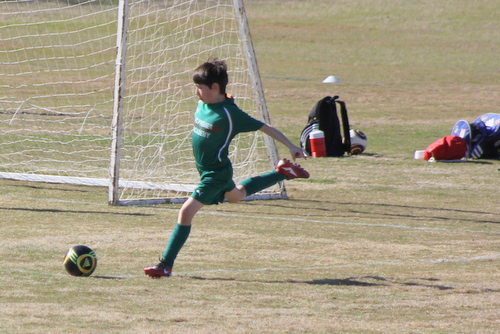 Are these opposing parents yelling?

No. They are my son’s teammates parents.

Well, I finally reached my breaking point on Saturday. And before I tell you what led to making a public statement I will say this. This screaming and yelling at the kids has been going on for two years.

For two years the kids and parents have listened to the one particular parent I confronted shout:

“Hussle Malcolm. You got to go faster out there.”

“You need better defense out there. George you are too slow today.”

“Oh come on, you gotta play better than that. You need to hussle Jacob!”

“Cross to the left! Move up! You must be kidding me, this is ridiculous.”

“You got to put out some effort out there!”

Every game, parents look back and forth at each other, and mumble to each other about what nonsense this is.

I’m as guilty as the next parent in hoping that this moron would change his behavior. Even talks from the coach have been ignored by this man.

And what position does this man’s child play?

Never once has his child heard, “Come on James, you could have saved that ball!” “Unbelievable, you let that ball past you.” “Maybe if you would have hussled out there you  could have gotten the ball.”

Never. Not once. But our kids have heard plenty.

I just couldn’t take it any  longer.

After he shouted something obnoxious again, I turned to him and said, “You  do realize those are our kids out there. They are doing the best they can and I’m tired of listening to your crap.” 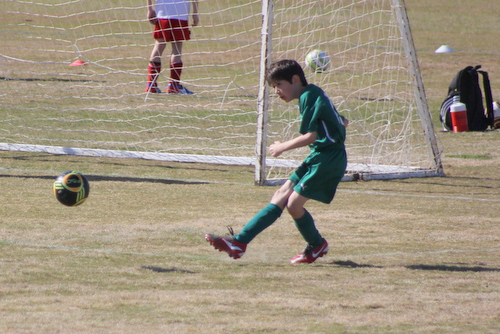 For a split second I questioned what I had just done.

But then another parent said, “Yes, we are tired of it.  Tired of it.”

I didn’t even look at the man for the rest of the game. I was shaking on the inside and ready to blow up at him  at any moment  if he said anything.

And for the next game he sat  far away.

But he said nothing.

I hope it made an impression on him.

I know it made an impression on my eight year who was sitting with me. I explained to him that while I was angry at the man, I was not angry at his son.  I explained that I did not insult the man nor his family, just stated how I felt.

My message to this man and other parents who yell at our kids during a game:

Our children were not competing in the world cup, a championship game, or a game that was really that important. My son was out playing soccer because he loves it and has fun. Be positive and shout encouraging words. Let the coach, coach.

And, if you start yelling at our kids again, I’m pretty sure I won’t be the only one shaming you this time.

This entry was posted in activities, Alex, family, games, parenting. Bookmark the permalink.

6 Responses to I’ve Had Enough