The tooth fairy visited here the other night.

Thank goodness she remembered to come.

On one occasion, a few years ago, the tooth fairy forgot completely.

I think she was distracted with the new Law and Order that was on that night.

Anyway, it was ugly.

Crying ensued, excuses about a storm making it difficult for her to fly were thrown out. An overall disaster.

Thankfully, she remembered to come the following night, bringing money, a toothbrush, and a new book.

Trust me when I say you never want to go through that.

In steps Mr. Tooth Fairy to the rescue.

Immediately upon hearing the words, “I lost a tooth,”  he reaches for his phone and ignores the child completely. He quickly punches in numbers and commands which will alert Mr. & Mrs. Tooth Fairy at 10:03pm.

Mr. & Mrs. Tooth Fairy have no idea what is happening and begin to think it must be time to take out a nonexistent loaf of banana bread.

Soon after though they come to their senses and remember that everyone’s happiness is on the line.

A minor panic occurs when realization hits that no $1 dollar bills are to be found in the house. An intense debate begins on what an awful precedent it would be to give $5 for one tooth.

The problem is eventually solved and Mr. & Mrs. Tooth Fairy have a deep sleep knowing they have completed their mission.

Early the next morning the child is thrilled to wake up and discover 3 quarters, 2 dimes, and a nickel under his pillow.

Mr. & Mrs. Tooth Fairy smile and know that everyone’s happiness it all due to that little device sitting on the kitchen counter. 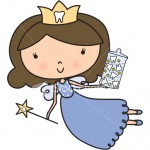 5 Responses to The Tooth Fairy