If you’ve read my blog anytime in the last 3 months you know I’m training for a half marathon and pretty much hating every step of it.

Regardless of this dislike, I am committed and will push on for two more weeks.

One big hurdle in getting to race day is over for one of my sisters and me.

On Thanksgiving we ran 9 miles. Definitely an accomplishment for us.

We ran 4 miles before a 5 mile Turkey Day run.

I use run loosely for myself but Kelly truly rocked it on the run.

7 AM before our run, about fifty degrees outside, apparently Kelly had some dribble issues that morning 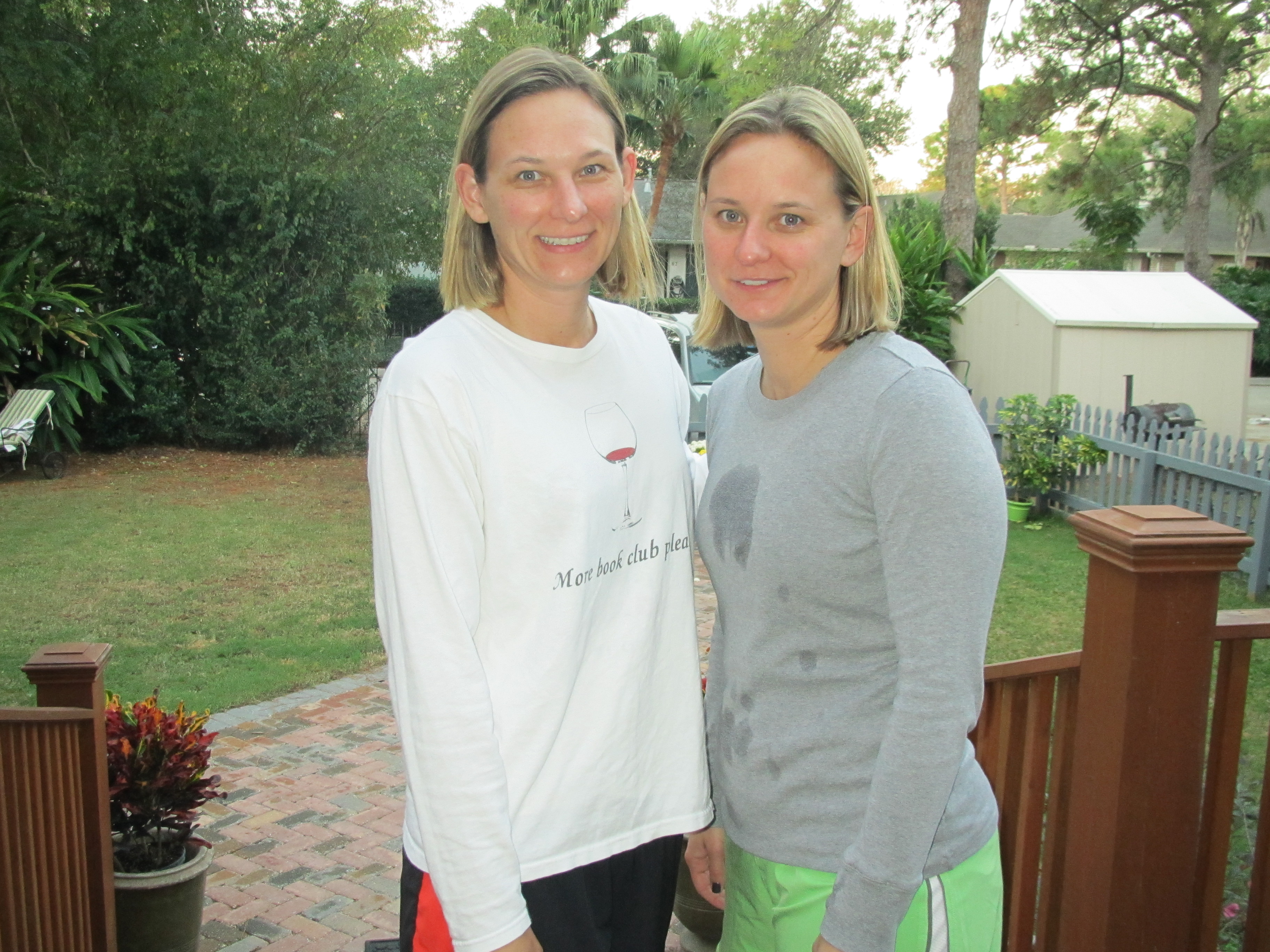 Since we were running on Thanksgiving morning I felt I had a built in dangling carrot.

Mile one, I was running for turkey.

Mile two, I was running for stuffing.

Mile three, I was running for gravy.

Mile four, I was running for mashed potatoes.

And mile five, I was running for PIE!

My strategy worked for awhile but around mile four (really mile eight for us) is quite working. Right along with my Ipod. Now, I could hear my huffing and puffing along with everyone who was passing me by. Instead of mashed potatoes and pie I thought about pain and more pain.

Despite my negativity, I finished the race. I might add that I finished immediately ahead of a woman pushing a triple stroller containing two year old triplets.  Some would be ashamed of that fact but I’m focusing on the AHEAD OF A WOMAN part. 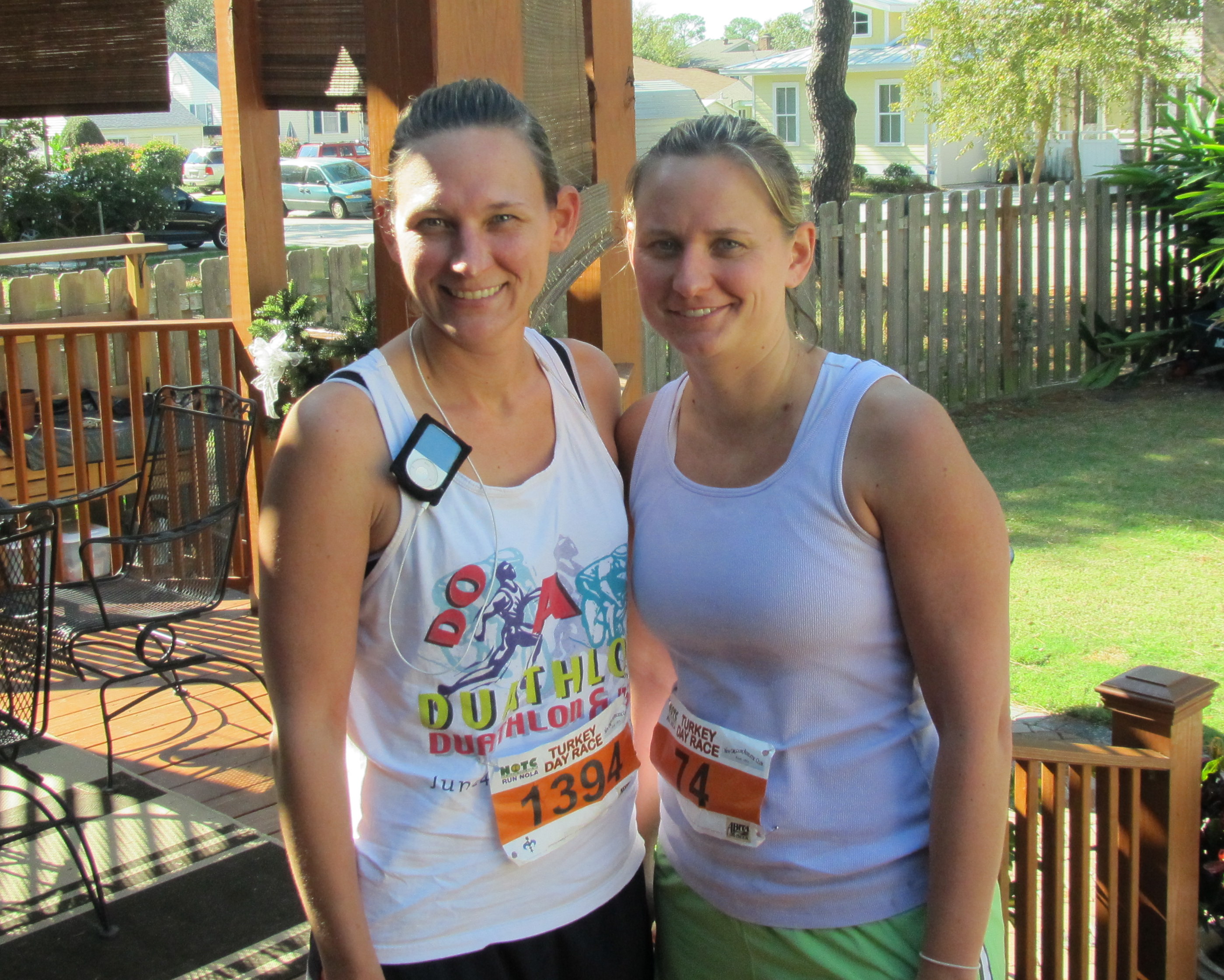 It took me just under one hour and two minutes to complete the race while Kelly finished right at one hour. What can I say, her entire five miles were devoted to wine.

5 Responses to Running for Pie