Right before Andrew turned 6 he discovered he had a loose tooth.

He was obsessed with everyone else in his class losing their teeth. Everyday he would come home with an update and his desperation was clear.

Roughly five times a day we would receive updates on his loose tooth.

I was ready to yank the tooth out but he refused all offers of help. Even when he stubbornly went to school with a kleenex stuck to his bleeding tooth he still refused assistance.

We searched his bed high and low and never discovered the tooth. We determined he must have swallowed it while sleeping. When told the tooth was gone, a look of horror came over Andrew’s face. You could see the wheels turning in his head, “I have waited almost 6 years to lose a tooth, earn some cash, and now I’ve lost it all.”

So…he wrote a note, with some help, to the tooth fairy. He put it under his pillow and prayed for her sympathy. 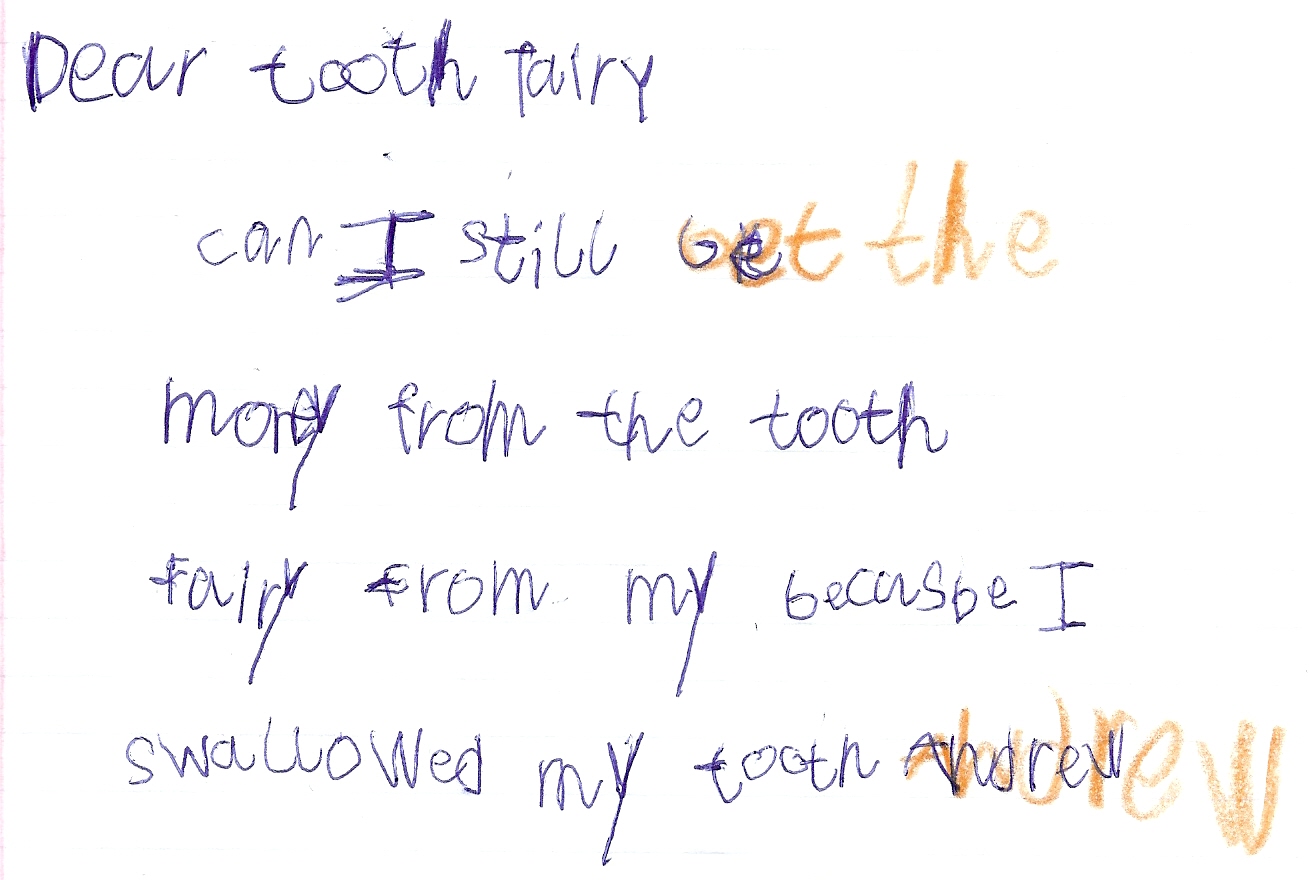 Turns out the tooth fairy provides generously despite the lack of a tooth. He found $2 and a new book under his pillow the next morning.