2014 Family Words of the Year & Our Wall of Pictures

Last year was the first year each member of our family came up with a “word” for the year.

The word each person chose was entirely up to them, although I did provide the 4 yr old with some choices.

The idea is that the word is supposed to be one of the things they want to focus on for the year. Kind of along the lines of a resolution.

Our words are hanging on a large corkboard which I found at the Habitat store for $4. I then glued on some left over fabric (burlap with gold circles) and placed our word canvases on there with push pins. I then took pictures we had printed out already and let the kids pin those up.

It’s literally my favorite thing in my house. 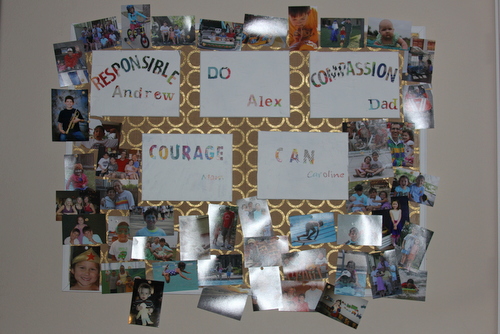 Here’s a close up look at the canvases and how we made them. The idea is based off the same project I saw on Shannan’s blog. We’re not really friends. I just like to pretend we are so I call her by her first name 🙂 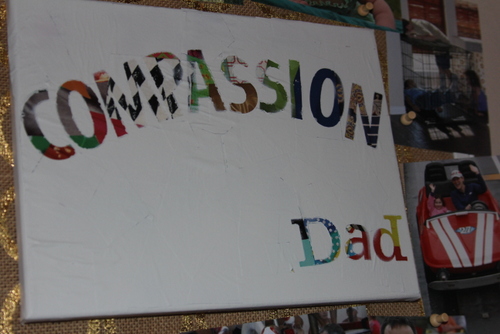 The project starts off with scraps of magazines – the best in my opinion are the Boden catalogs because of the vibrant colors – I spent a couple of nights watching tv and cutting out different patterns and colors. 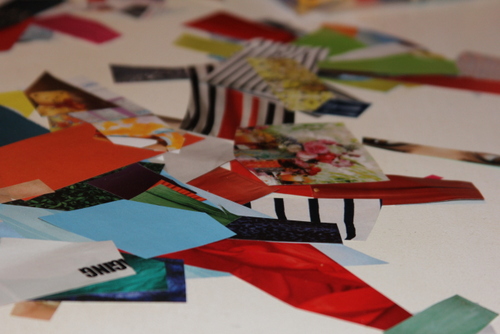 Then we hodged podged the heck out of those scraps onto a 9 x 12 canvas. 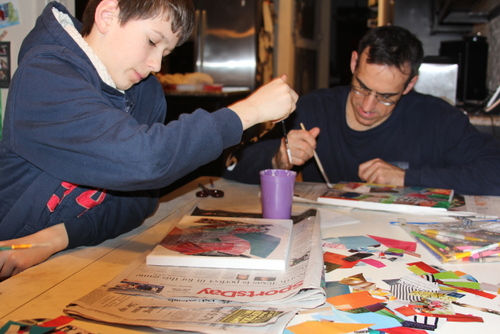 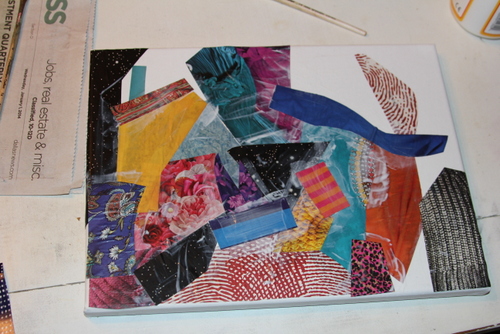 Once Caroline was done, I went back over hers with the hodge podge several times since she was rocking about 4 layers in some parts. 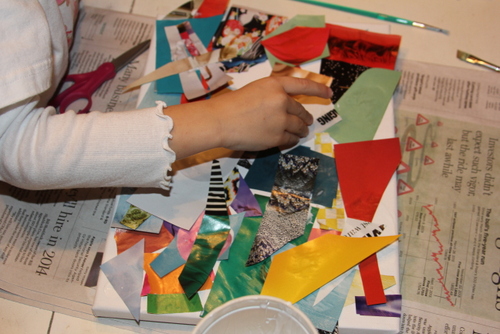 Once the whole front was covered, we used old science fair sticky letters we already had and placed our words onto the canvas. I then spray painted the canvases (I initially painted my with white acrylic paint but liked the look of the spray paint better) and then peeled off the stickers. 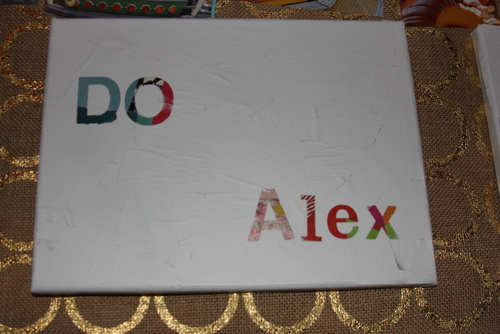 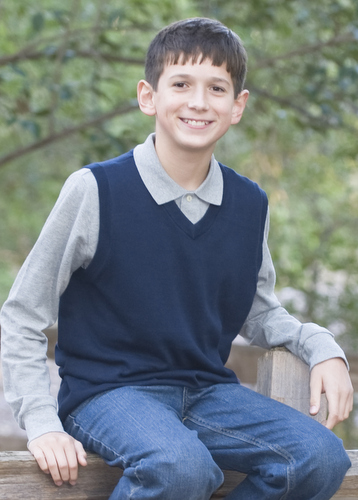 Middle school really agrees with him. So proud. 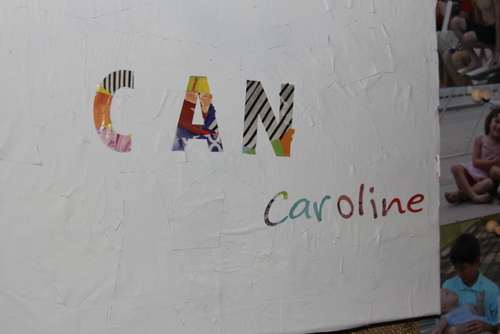 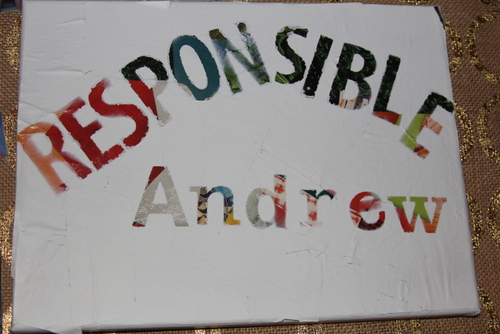 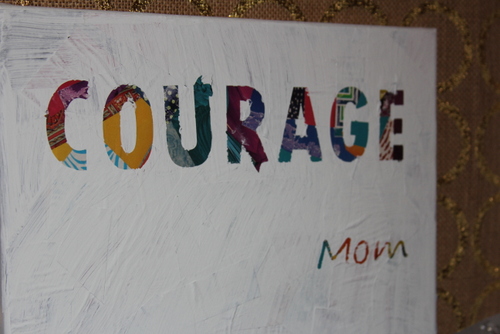 It’s funny how you start out the year thinking your word will mean one thing and it really ends up meaning something else. I thought my word would mean to find the courage to travel to Ethiopia but what it really meant was to find the courage to be around those who could add to their families. With each person who told me they were pregnant the pain of our loss really struck home again. While happy for them I found it just brought out sadness for me.

Courage for me this year was finally visiting my sister who had a new baby and experiencing that joy with her. I went back and forth and back and forth about making plane reservations but what I kept coming back to was my word for the year: courage.

I could do it. I needed to do it. So I did it. And it was wonderful. 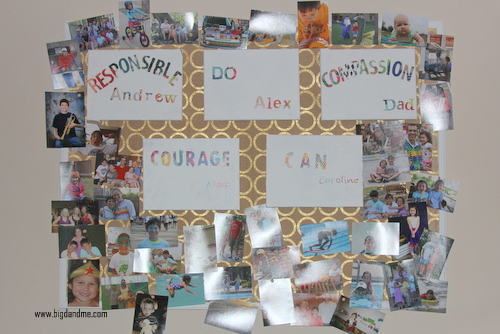 Next week I will share with you our 2015 words.

It should be interesting to see what path those words take us on.