The Most Expensive Ruler, Ever!

Let me present to you the most expensive ruler ever. EVER! 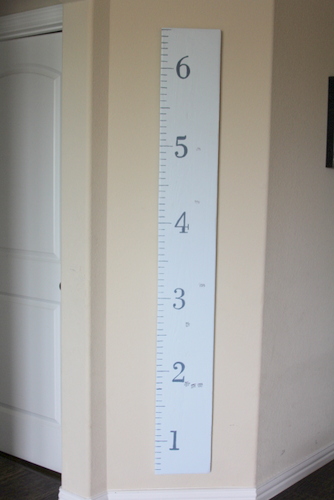 The problem with enjoying crafts is that when see an item you think, “I can make that.”

When in reality, you should just by the item.

It would save you and your family a lot of pain in the long run.

At least my family wishes I would just buy it.

One afternoon I took the kids to a local craft market.

There are hundreds of vendors set up and I enjoy wondering the aisles looking at the many different projects set up.

After wondering for awhile, I saw a large beautiful white ruler. I thought it would be so much fun to write my kids heights onto it. Plus is would make a nice addition to our living room.

So immediately after leaving the craft fair we headed to our local habitat restore where I found a board just the right size for $1. I had all the paints on hand so a $1 ruler it was going to be.

After leaving the store and standing the board against the back of my car, I put Caroline in her car seat.

And that’s when I heard it.

As I walked back to the rear of the car, I saw I had broken a tail light.

Not my tail light. SOMEONE ELSE’S TAILLIGHT!

I said, “Was that taillight already broken?”

“No Mom, the board fell and you broke the light.”

Sadly, my first instinct was to look around and hussle the boys into the car.

As I sat in the car, I realized this was the wrong thing to do and not quite the lesson I wanted to teach my kids. So I wrote my name and number on a piece of paper and left it on their windshield.

About an hour later I received a call from a gentleman wanting to know why I had put my name and number on his car window.

HE DIDN’T EVEN NOTICE.

After listening to my explanation he thanked me for letting him know and told me he would call with an estimate in a few days after he returned to his home in Tennessee.

I heard from him soon after and found out that his cousin works at a Chevrolet dealership and the new part would cost $150.

I sent him a check and remarkably a few days later his wife sent a thank you card. 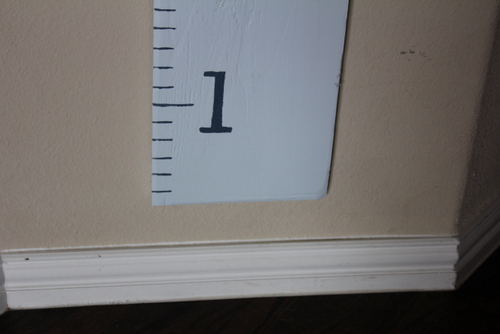 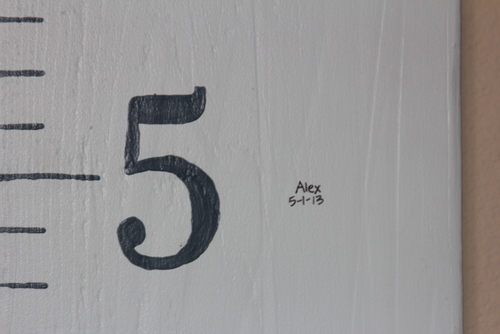 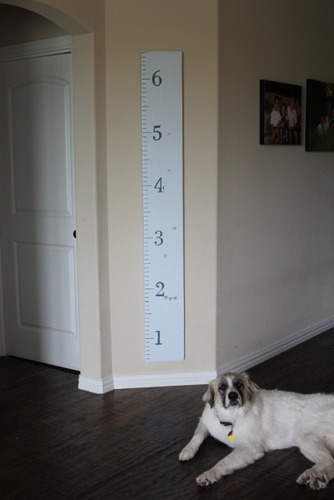 This entry was posted in Alex, crafts, decorations, house projects. Bookmark the permalink.

2 Responses to The Most Expensive Ruler, Ever!