For the last 2 weeks I have  included a Valentine joke in the lunchboxes.

One day I placed the following joke in my  first grader’s lunchbox:

What did the bat say to his girlfriend?

You’re fun to hang around with! 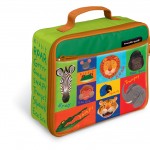 Or so I thought.

He came home complaining about the  joke in his lunch.

“Gloria and Farrah were making fun of me saying that Lauren and me are boyfriend and girlfriend just like the bats.”

“I told them I was going to tell the teacher.”

“And then what happened?”

“I told her I would forgive her but I was still  going to tell the teacher.”

“I told the teacher.”

“”And then what happened?”

“She gave them tally marks when we got back in the classroom.”

“And I feel good about that.”

I decided not to send a Valentine in his lunchbox the next day.