Parent alert: There is a scene in the movie where Damon is arguing with his son in the hallway and he yells, “I still have one who believes in Santa Claus.” I manage to fast forward that part every time.

The film is an uplifting story in which a dad and his two children buy a run down wildlife park and try to help the staff keep the park operating . (Of course, the mom has died in the story – why do Moms always die in these stories?)

While the movie is full of beautiful music, amazing music actually, the main message of the movie is what has really stuck with me.

In the movie Matt Damon is speaking with his son about a situation with a girl but it speaks to so much more than that…. he says,

“Sometimes all you need is 20 seconds of insane courage, just literally 20 seconds of embarrassing bravery, and I promise you, something great will come of it.” 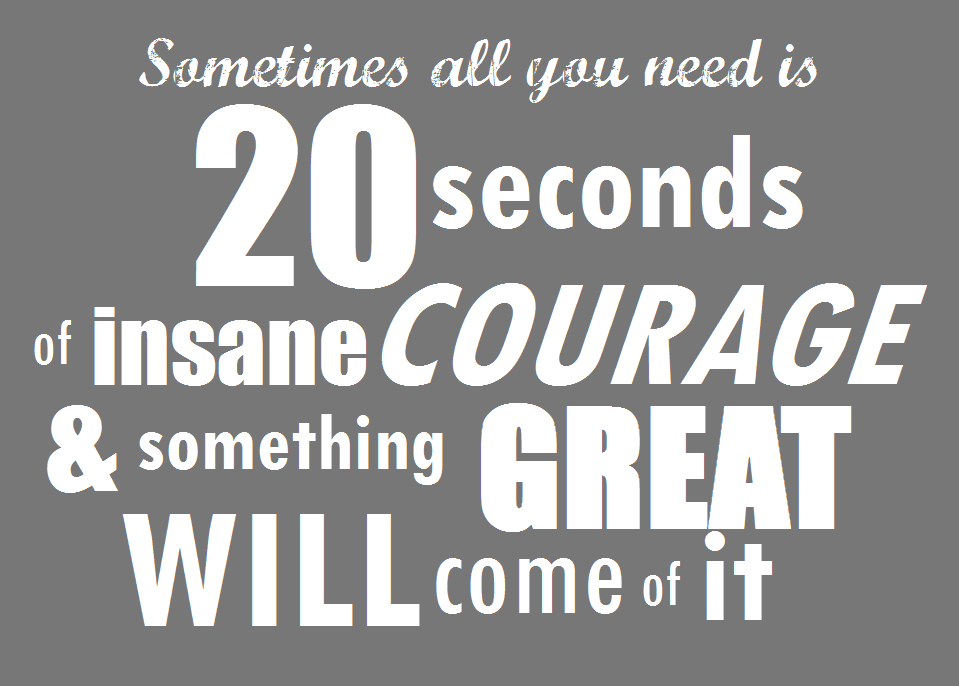 Most often I find the task I’m dreading or procrastinating the most to be manageable once I finally decide to do it. And amazingly, whatever I dreaded wasn’t as bad as I thought it would be.

I’ll let you in on a little secret.

But you know, the moment I summon the courage to put something out there, I feel better.

No, everything doesn’t always sell but I always feel such a sense of accomplishment.

I’ve tried and for me, it’s a much better outcome than wondering what might be if I never try.

Have you always wanted to take a class but were too embarrassed?

Have you always dreamed about accomplishing something but are too scared to take the first step?

Are you worried what someone will say if you tell them something?

All you need is 20 seconds of insane courage…

…and something great may come of it…

…because anything can happen.

*Remember to enter the Clever Containers giveaway by 10 pm tonight!

This entry was posted in movies, observations, printables, random acts of kindness. Bookmark the permalink.

6 Responses to 20 Seconds of Courage