But this time my husband was the victim.

If you ask me though, he was kind of asking for it.

Caroline was loose and there were consequences.

I’m thinking of possibly buying a cage to stick her in when I shower.

Or maybe I should just shower when she’s asleep.

I left her watching TV on my bed so I could step in the shower – it’s roughly an eight foot walk.

I left the TV on and gave her some stickers with strict instructions to only put them on the paper I provided.

As I got out of the shower I saw she had moved from the bed to the floor.

She apparently listened because there were stickers on the paper. 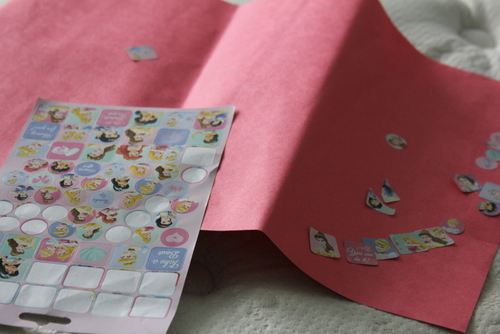 But at some point while I was in the shower, she eyed my husbands Easter candy. 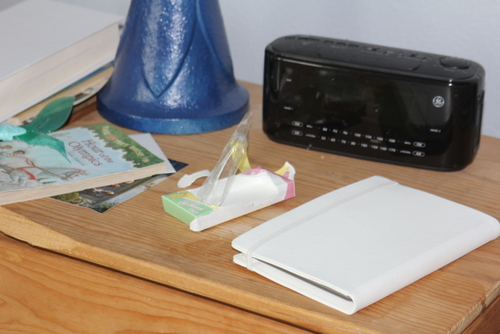 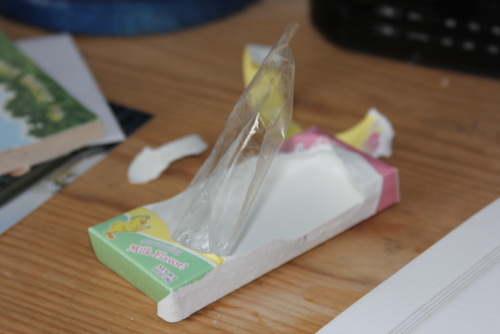 Notice the white chocolate flecks around her mouth? 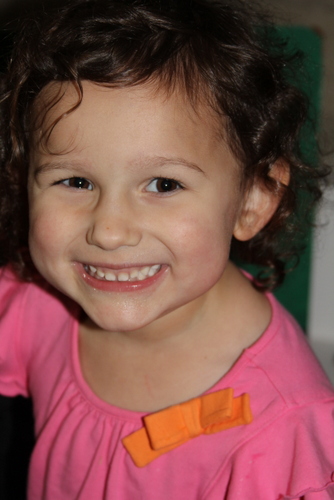 Maybe I should be mad but frankly, who leaves Easter candy on their nightstand and expects it to be there in the morning? Plus, she didn’t put the stickers on the wall so I’m calling it a victory!

6 Responses to It happened again.