On a whim, I threw My Life as a Furry Red Monster: What Being Elmo Has Taught Me About Life, Love and Laughing Out Loud by Kevin Clash into my library bag at the same time as I picked up these wonderful books.

While this book may not be in the same literary category as the others, it was a worthwhile read. It was quite inspiring to read how Kevin Clash’s parents nurtured his creativity and encouraged his passion. Very easily they could have chosen a different route when their son expressed the desire to become a professional puppeteer.

The quote below was a good reminder for me to get off the computer and create something with my kids.

“There’s a certain sweet magic you feel when you sit down and create something with a child, whether it’s a masterpiece in watercolors or pasta shapes glued to a paper plate. And remember, it doesn’t matter if you haven’t held a crayon in decades or if you don’t remember how to fold a paper airplane or if you can’t draw hands or horses or rocket ships. In the eyes of a child, your artistic talents are supreme. It’s not what you create – it is simply the fact that you are helping that child celebrate the joy of creativity.”

Inspired by this quote, the four of us sat down and made paper bag puppets.

Though a simple craft, it was a tremendous amount of fun. 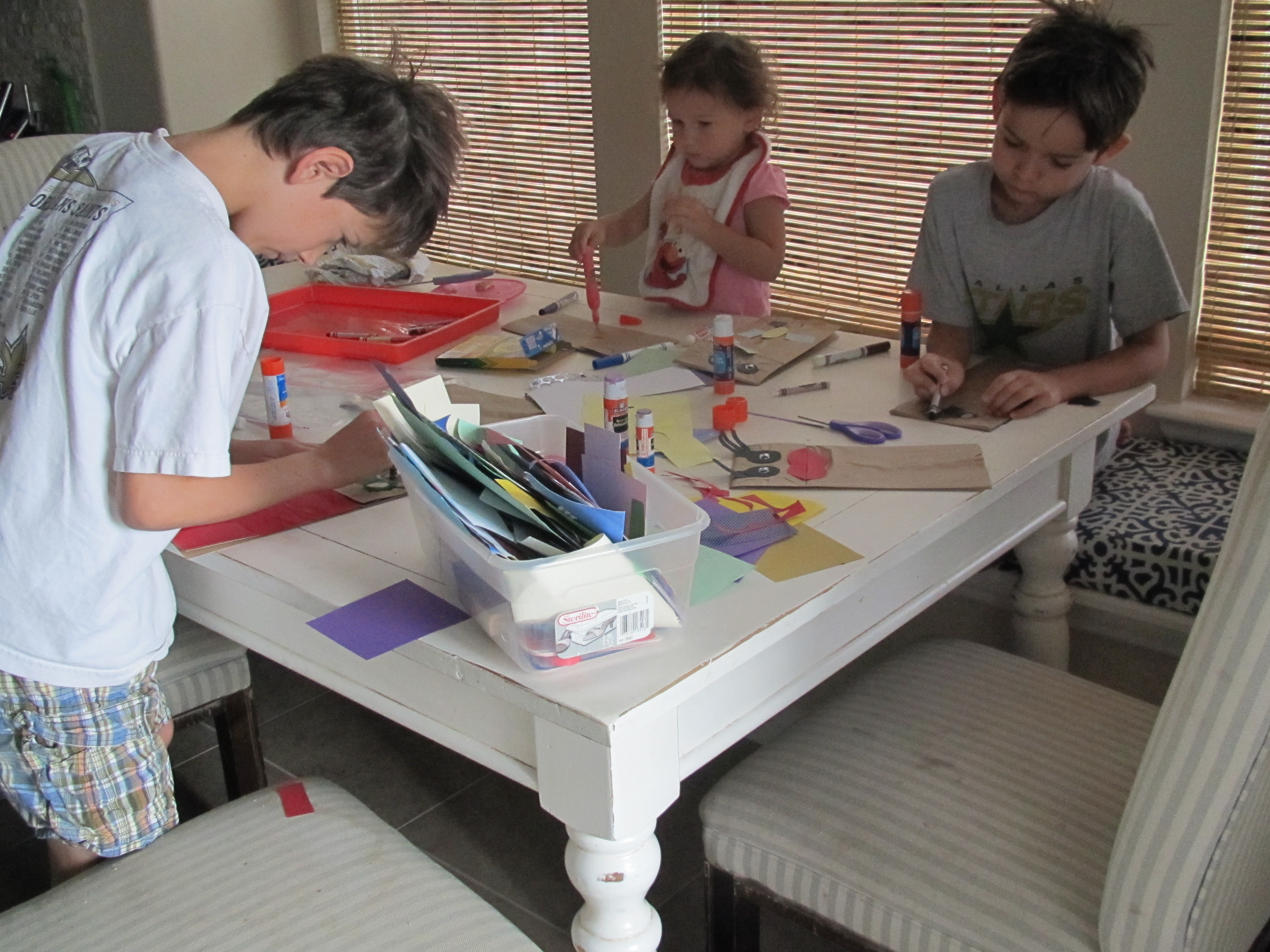 We spent an hour laughing, sharing stories, and enjoying one another. The boys eagerly filled me in on all the intricacies of the Batman series while making their superhero puppets.

Here are the final products. 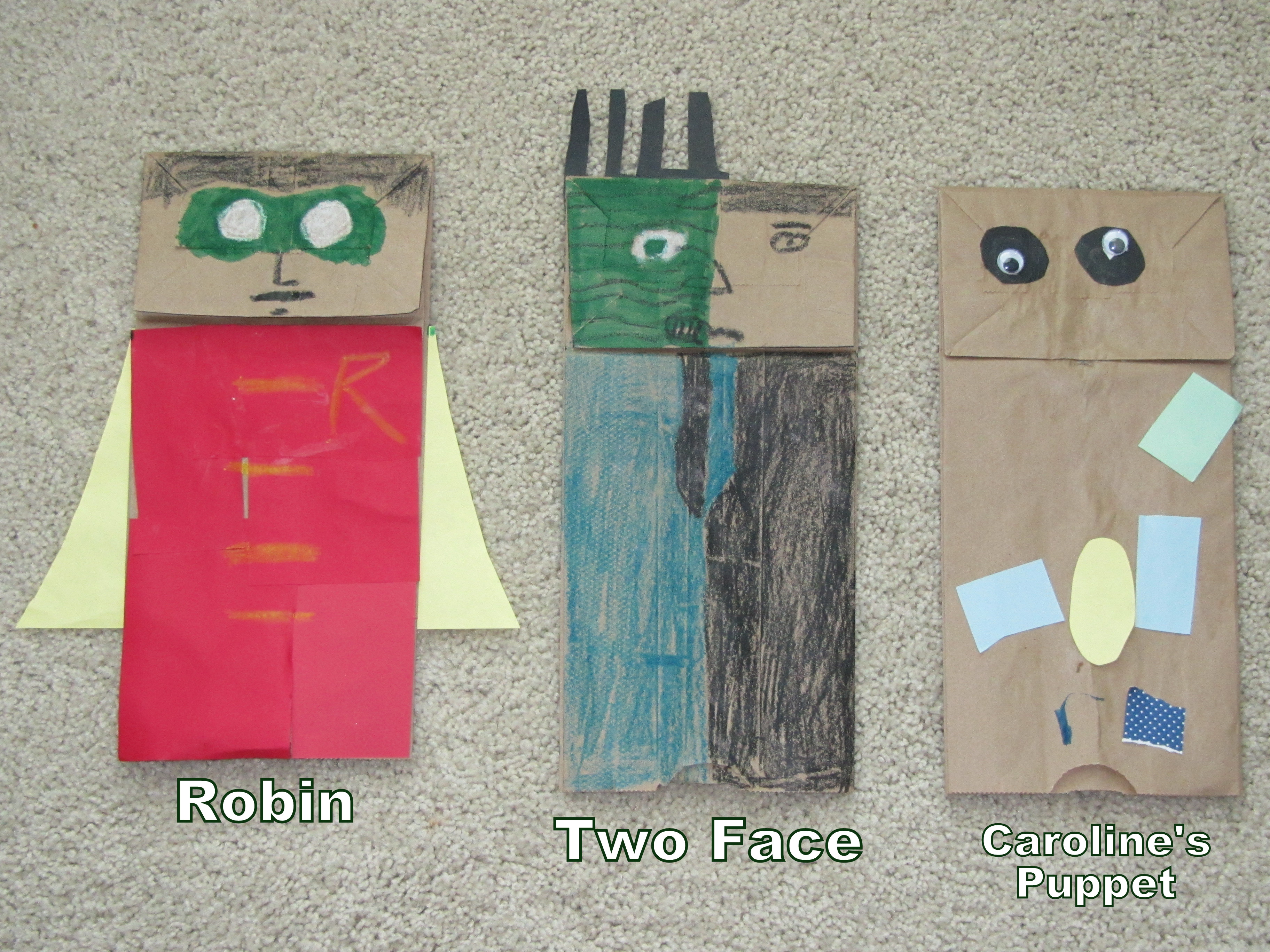 When Andrew announced he was going to make a half Batman and half Joker puppet my 37 year old brain automatically thought he would draw each half of the characters vertically. I was fascinated to watch him create his half and half character horizontally. 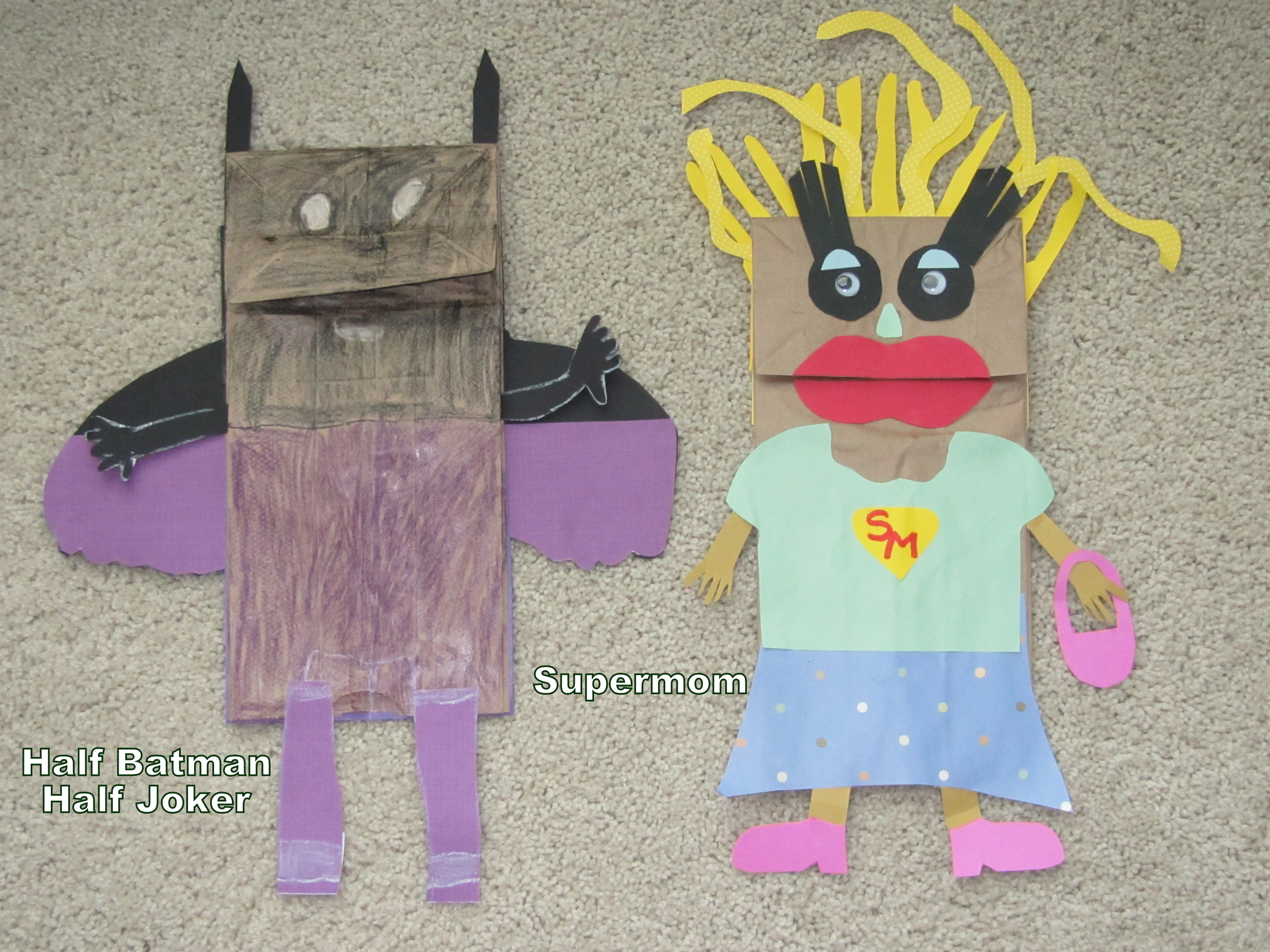 Supermom was my creation and I’d have to say I’m quite proud of her. I wouldn’t be surprised if Angelina Jolie’s people wrote to my people thanking me for the likeness.

My boys were less than impressed with Supermoms’ weapon which indicates they must not be familiar with the powers of my purse. McGuyver and I could go head to head in any episode requiring us to keep a two year old entertained during a license renewal at the DMV.

What’s the last creative thing you did with your kids?