What are your favorite baby boy names?

I find it fascinating to learn what a baby’s name is and the reason behind the name. If I could figure out how to make a living by giving out baby names I would do it.  So today I’m giving it my best shot in order to help out my sister-in-law Deanna.

She is pregnant and frustrated since she hasn’t decided on a boys name yet. Apparently a girls name has been chosen so we don’t have to help her out there.

Please know that this is not really a rush situation. Deanna still has six more months to choose a name but she’s a planner and would like this situation taken care of. I try hard to her relate to her predicament but cannot. 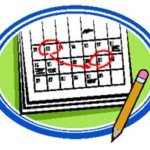 When my husband and I went to choose our children’s names it was a battle. One person would suggest a name which caused the other person to practically writhe on the floor in utter disgust. Lists, note cards, and rounds of name eliminations occurred on a regular basis. After all of that you would think we would have ended up with a kid named Sebastian Malachi Jett Wilson but this is what we ended up with:

Andrew Connor (I wanted Andrew, he wanted Connor) – decision as epidural was being inserted

But let’s focus now on Deanna’s dilemma and look at some recent data.

But alas…there is one crucial detail I have yet to mention. This baby will be Canadian like his parents and brother so we don’t want to give him any confusing or unpronounceable American names. Canadians are much different than Americans so we need to think of something exotic, something that sounds like a lumberjack, something that goes well with “______ go put your snow boots on!”

I kid…a bit. The snow though is for real.

The name does need to go with their older son’s name...Corey James.

So let’s see what you can come up with for this little baby. Give it your best shot.

What are your baby boy name suggestions?

This entry was posted in pregnant. Bookmark the permalink.