Andrew decided he wanted a “Killer the Croc” cake. Actually Killer the Croc was a third choice since I vetoed the first two choices in the name of difficulty. I need to watch a few more episodes of “Cake Boss” in order to tackle those particular mini figures.

So, who is Killer the Croc you ask? Apparently, he’s a bad guy from the Batman Legos. 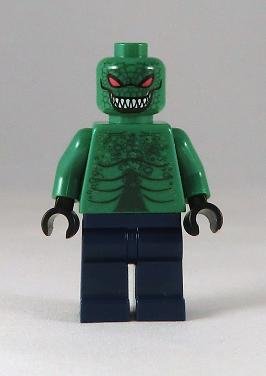 Step 1: I made 2 sheet cakes and placed them next to each other. I then iced over both cakes and outlined the shape of Killer the Croc with a toothpick. With the outline already drawn, it was easy to know where to cut the cake. 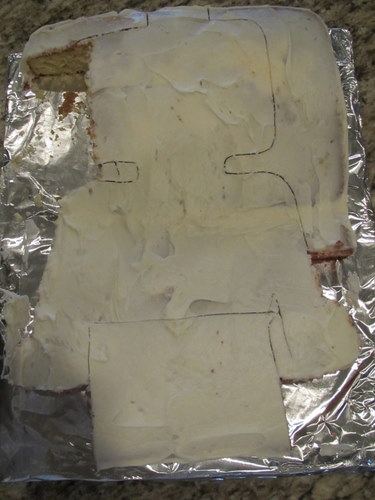 Andrew wanted a strawberry and vanilla cake. Ask and you shall receive! 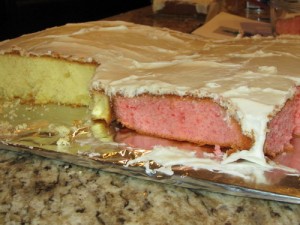 Step 2: Spread the colored icing for his body and his pants. 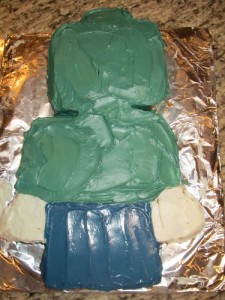 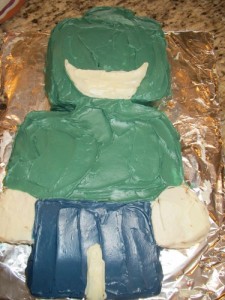 Step 5: Use a thin icing point and outline the eyes, teeth, and muscles? scales? in black 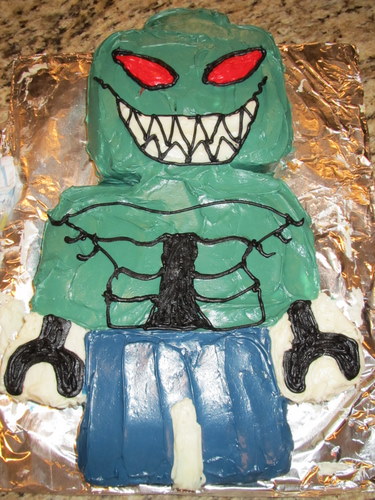 I put together a simple Lego display guests saw when they first entered our house. The boys created the “6” and chose the minifigures to display. I copied a picture of Killer the Croc, and gave him a word bubble which said, “Andrew, we love you to pieces.” 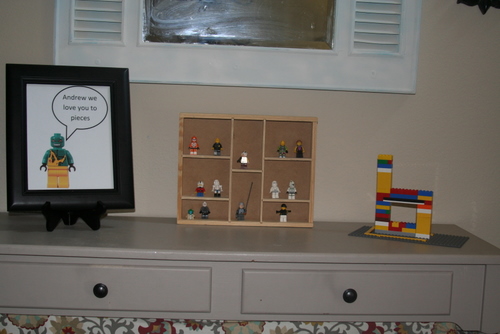 I’m pretty sure we will have another Lego party in our future so I hope to use some of these ideas again.