A Couple of Interesting Books

Here are a couple of interesting books I’ve read recently:

The Obituray Writer by Ann Hood 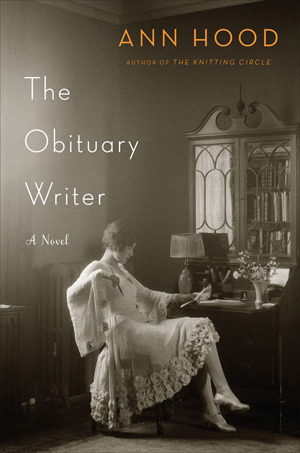 From Amazon: On the day John F. Kennedy is inaugurated, Claire, an uncompromising young wife and mother obsessed with the glamour of Jackie O, struggles over the decision of whether to stay in a loveless marriage or follow the man she loves and whose baby she may be carrying. Decades earlier, in 1919, Vivien Lowe, an obituary writer, is searching for her lover who disappeared in the Great San Francisco Earthquake of 1906. By telling the stories of the dead, Vivien not only helps others cope with their grief but also begins to understand the devastation of her own terrible loss. The surprising connection between Claire and Vivien will change the life of one of them in unexpected and extraordinary ways. Part literary mystery and part love story, The Obituary Writer examines expectations of marriage and love, the roles of wives and mothers, and the emotions of grief, regret, and hope.

Claire believes she has nothing in common with her mother-in-law, Vivian. The readers soon realize they have adultery in common. Not my favorite subject matter and somehow I chose two out of three books this month with that theme. Hood wrote the book in alternating chapters of Claire and Vivian’s life. People find Vivian, the obituary writer, and insist she write about those they have lost. Her talent in writing comes from the stories the mourners tell though her own stories of her lover haunt her and prevent her from moving on. Claire is a wife and mother who decides to have an affair after she realizes she doesn’t love her husband. There lives are intertwined and Claire realizes they have more in common than she thought. I enjoyed the book but found Claire really unlikable which made me not sympathize with her and her struggles.

Table for Seven by Whitney Gaskell 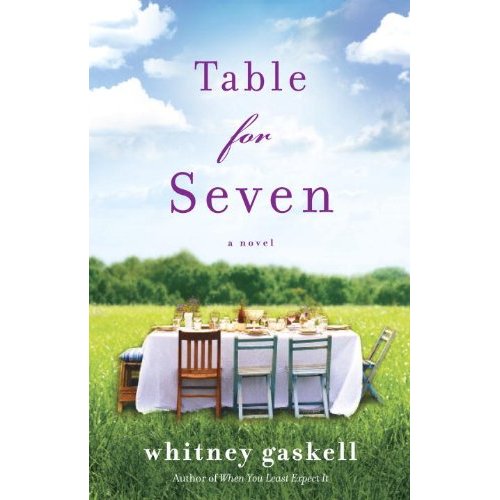 From Amazon: On New Year’s Eve, Fran and Will Parrish host a dinner party, serving their friends a gourmet feast. The night is such a success that the group decides to form a monthly dinner party club. But what starts as an excuse to enjoy the company of fellow foodies ends up having lasting repercussions on each member of the Table for Seven Dinner Party Club.

Fran and Will face the possibility that their comfortable marriage may not be as infallible as they once thought. Audrey has to figure out how to move on and start a new life after the untimely death of her young husband. Perfectionist Jaime suspects that her husband, Mark, might be having an affair. Coop, a flirtatious bachelor who never commits to a third date, is blindsided when he falls in love for the first time. Leland, a widower, is a wise counselor and firm believer that bacon makes everything taste better.

I enjoyed this book as a quick read but didn’t love it. I liked the premise of having a dinner club every month with friends and enjoyed Leland, the grandfather character. What I found disturbing about the book was the other six characters acting as if they had no relationship skills, self esteem, or common sense at all. It’s hard to love a book when you don’t love the characters.

Between, Georgia by Joshilyn Jackson 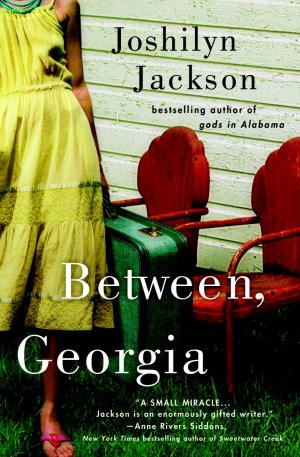 From Amazon: Nonny Frett understands the meaning of the phrase “in between a rock and a hard place” better than any woman alive. She’s got two mothers, “one deaf-blind and the other four baby steps from flat crazy.” She’s got two men: a husband who’s easing out the back door; and a best friend, who’s laying siege to her heart in her front yard. And she has two families: the Fretts, who stole her and raised her right; and the Crabtrees, who won’t forget how they were done wrong. Now, in Between, Georgia, a feud that began the night Nonny was born is escalating and threatening to expose family secrets. Ironically, it might be just what the town needs…if only Nonny weren’t stuck in between.

Ummm, completely loved this book. There are quirky characters, family feuds, and southern charm all mixed together to create a quick and pleasing read. Throughout the entire book I was fascinated by the communication system the mother (who was deaf and blind) had with her daughter versus how she communicated with her own sister. I found the last 30 pages of the book a little hookey but hey, I don’t live in Georgia so maybe that’s really how things get wrapped up there.

Any book recommendations for me?

One Response to A Couple of Interesting Books