When I studied American History when I was younger I could have cared less about battles, policies, or explorers. Instead I loved to learn about the social history or culture- homes, entertainment, and clothing.

A few years ago I was lucky enough to view the First Lady’s Inauguaration Dresses at the National Museum of American History in D.C. I enjoyed this exhibit immensely and hope to take Caroline one day.

Seeing as today is Barack Obama’s inauguration I thought it would be fun to look back at some of the dresses the first ladies have worn to the occasion. 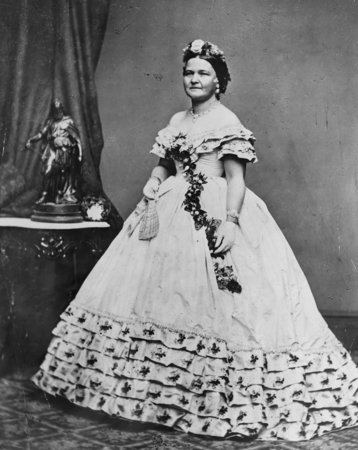 I have to be honest and say this is not my favorite look because it seems over the top even for that time. 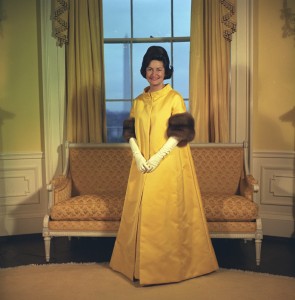 Looks like Lady Bird tackled a bear before coming to the inauguration. 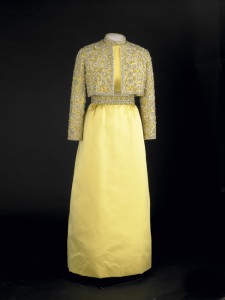 The picture actually doesn’t show how bright this yellow was – I’m talking vibrant yellow – Might have been better in white or a pale blue. 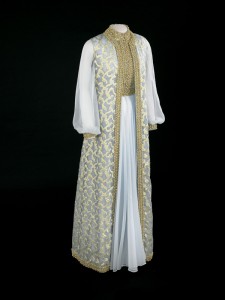 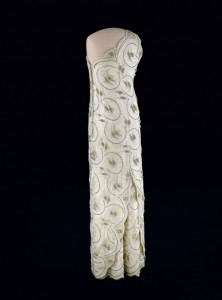 I like the dress but thought Mrs. Reagan was a little old to wear it the one shoulder number. 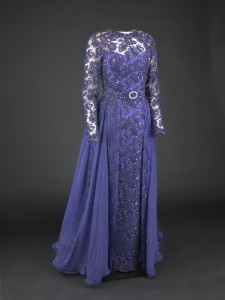 Hilary Clinton, wearing an unknown designer, was slammed for this dress. I think it could have been better without the flowy bits on the bottom half. 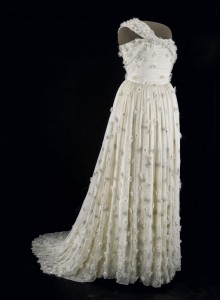 This dress, designed by Jason Wu, received positive reviews, and gets two thumbs up from me.

This entry was posted in clothes, observations. Bookmark the permalink.