Goals plus a Printable!

Last year my husband and I made financial resolutions which we stuck to until the beginning of March when I had my miscarriage. At that point, all concerns over our finances went out the window since I was eating my weight in brownies. Around August we got somewhat back on track but it never became the focus it was initially.

This year I’ve decided to tackle resolutions with a different approach, loosely basing it from Gretchen Rubin’s best seller  The Happiness Project. 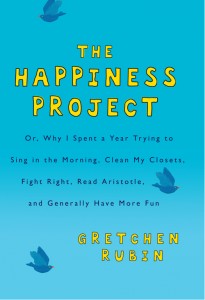 During her year long project, Rubin focused on twelve different subject areas broken into categories to “work on” that month. Parenthood, energy, and money were just three of those monthly areas. Within each month were defined activities to help her achieve an increased level of happiness.

While the larger focus didn’t appeal to me, the idea of smaller tasks did.

My plan is to write monthly goals. This is for two reasons really. First, I’m a list maker. I probably write out 3 lists a day. Second, I feel smaller, more tangible goals might be easier to complete and measure.  Nothing is better than crossing off accomplishments, however small they might be.

Now before I share my January goals I want to remind you  that I’m not going for anything earth shattering here. Solving world peace and the Afghanistan crisis are not my focus. My aim is to tackle tasks which will put a little hop in my step, put a smile on my face, or just make life more relaxing for my family. 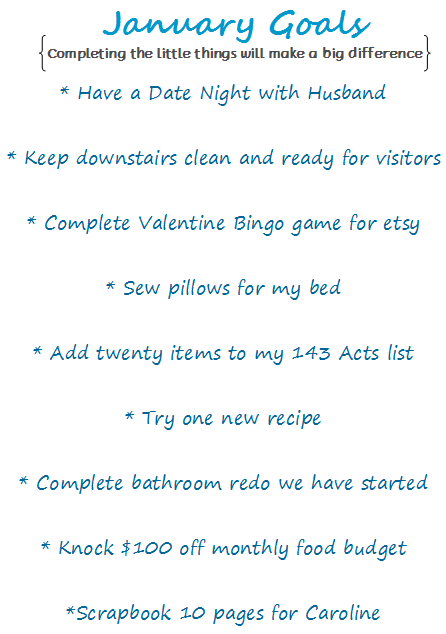 Throughout the month I’ll keep you updates on my progress.

Have you set any goals or resolutions for 2012?

17 Responses to Goals plus a Printable!