We had our annual Halloween party this past weekend and it was a lot of fun. 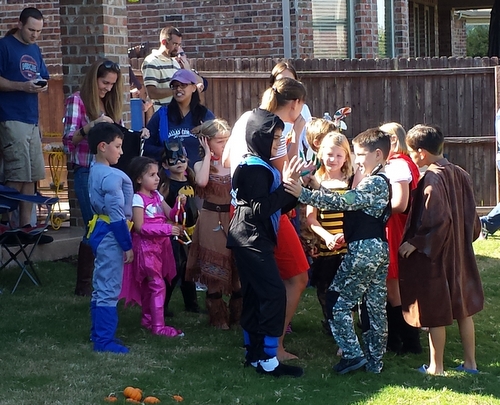 As well as being quite tasty. 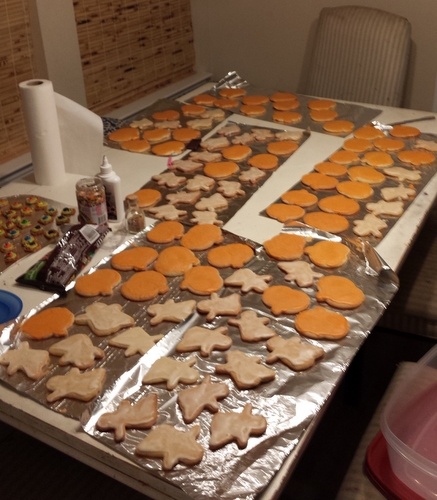 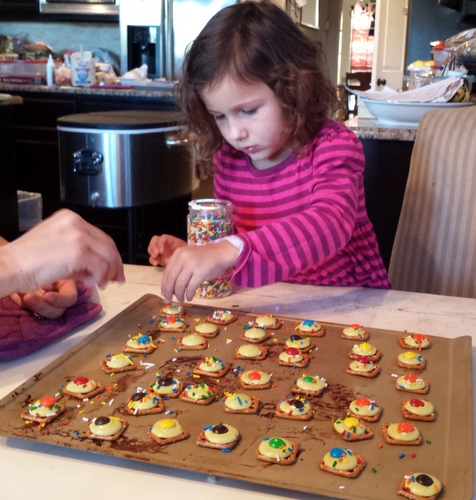 But….not too healthy (only some of the butter we used). 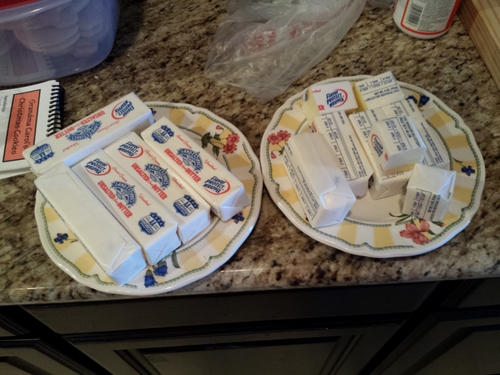 The idea of Mystery Boxes is to reach into the box and try and figure out what food is in there.

For example, I told the kids that I had witches hair. Once they felt it, they needed to decide what food my witches hair really was.

I took 4 boxes (Cheezits, Amazon, shoe boxes) and spray painted them or covered them in fabric with Modge Podge. 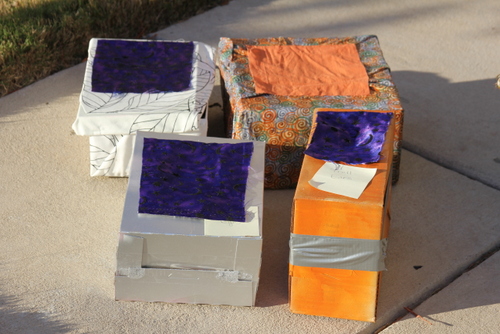 I then glued on a piece of cloth to the outside which covered a hole I had cut out in each box. 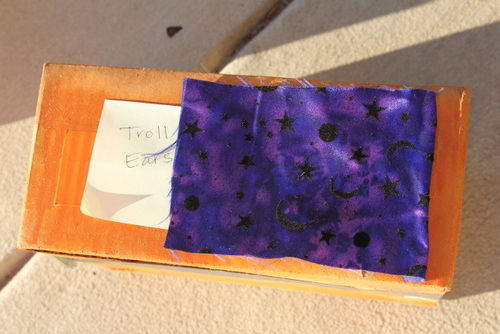 Each box on the inside was lined with tin foil. One had a cup and another had a bowl which held the food items. 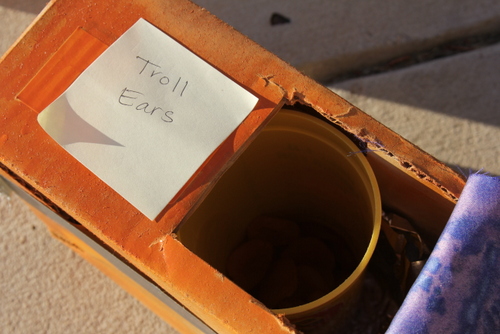 Before starting the game, I handed out a piece of paper to each child and told them what was in the mystery boxes – witches hair, mummy intestines, troll eyes, and Frankenstein eyes. Then I had some parents hold the boxes for me, not letting the kids peek inside the boxes. 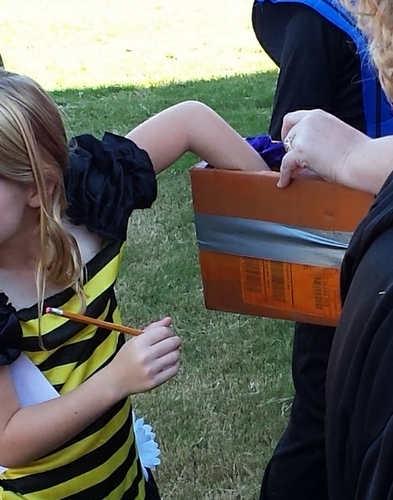 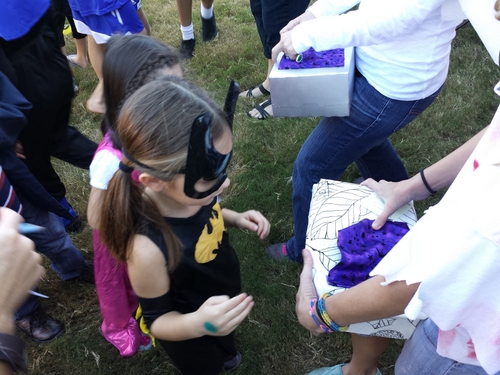 This picture of my son reaching into the box is my favorite one from the party. 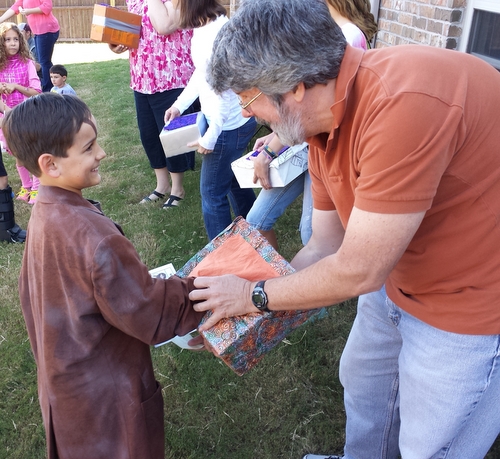 Here’s a sample of the sheet with their guesses on it. 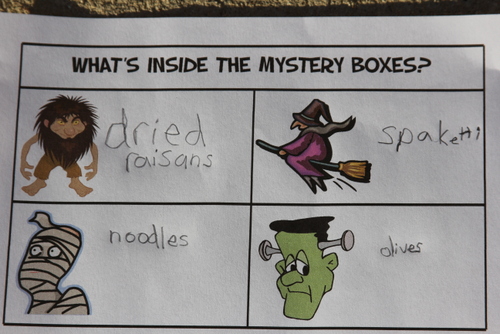 Here we all are talking about what each of their guesses is for the food items. 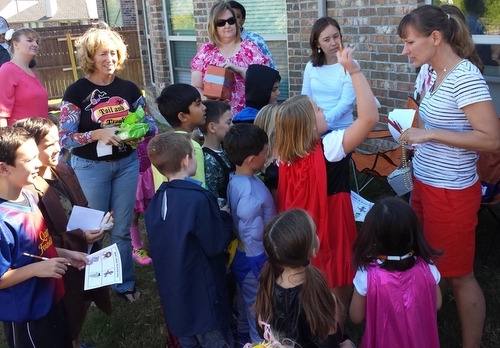 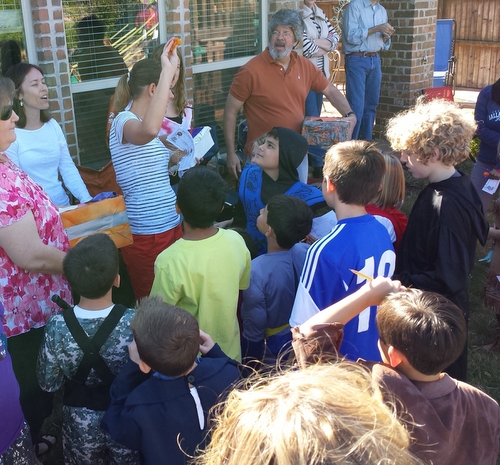 In case you are wondering…

One Response to Mystery Boxes…Do You Dare (Halloween Party 2013)