We’ve been taking our dog Sophie for a walk every morning now that swim practice is over for the summer. If we don’t take her in the morning, it’s not happening since the morning temps have been in the 80’s and you can only imagine how good the air feels in the afternoon.

We were on a long straight stretch when my son on the scooter asked if he could try and have Sophie pull him.

I handed him the leash and a ton of laughter ensued. 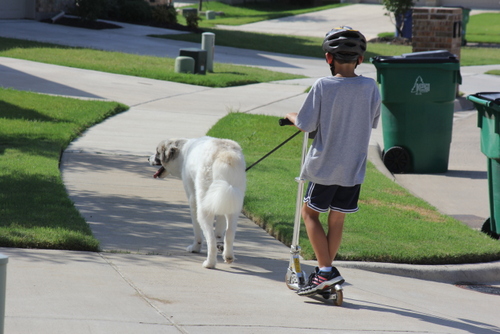 They would get going quickly but after about 20 seconds they would be going so fast that the leash would have to be dropped. 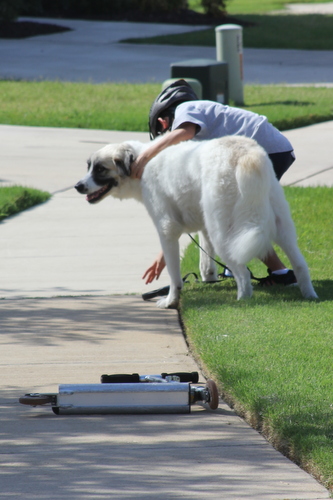 Then there was chasing after the dog and then starting the whole process again.

So each morning now the boys get one straight away to have Sophie pull them and then we give her a break for the rest of the walk. It works out great except that my 4 year old is now begging to have Sophie pull her on her bike. No way is that ever happening! 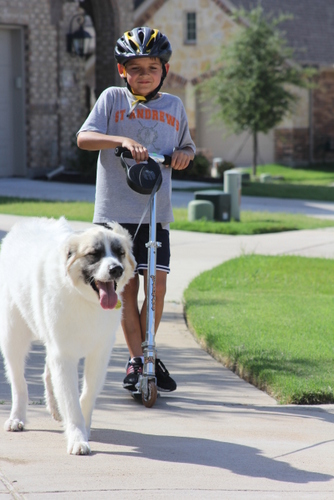 This entry was posted in Andrew, exercise, family, games, Sophie. Bookmark the permalink.

2 Responses to A New Fangled Contraption