A Sleepover Party for My 11 Year Old

I have to confess something.

I know I should love them as a mom and love that my friends have kids who want to come to their house but alas, I hate them.

My son turned 11 over the weekend and wanted a sleepover party with his friends.

He requested a 24 hour party which I quickly shot down. No way Jose.

In all actuality I think it is the stress of hosting 5, 11 year old boys who want nothing else then to knock each other over for the entire length of the party. Oh, and maybe the kids who only speak at one volume, LOUD, that tends to drive me up the wall too.

For the beginning of the party we took the boys to the park near our house where they played soccer, tag, basketball, and grounders (chase on the playground set, no one touching the ground, with the person who is “it” closing there eyes while they were chasing the others – basically a recipe for disaster.) 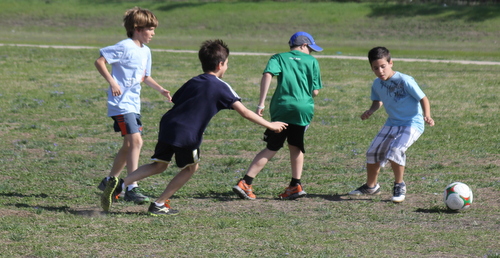 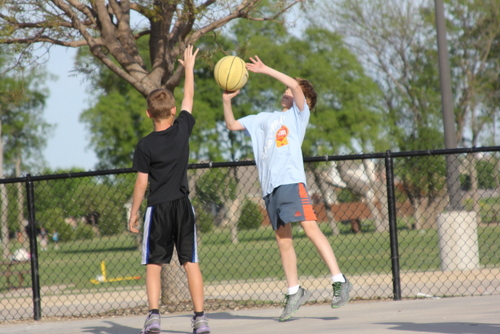 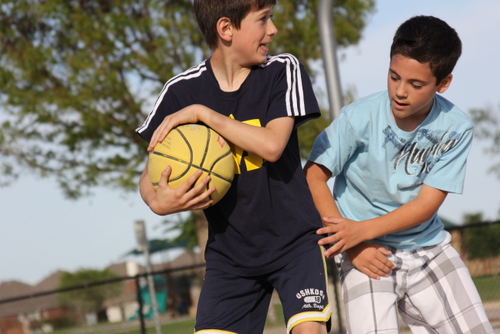 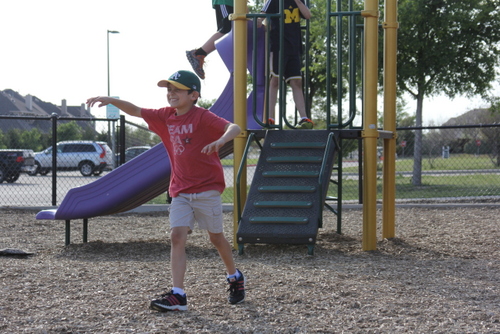 Once it hit 6:30 and no one had broken a bone my husband and I called the party a success.

After pizza and a rousing , “Only 15 hours to go,” it was time for a video game tournament, ping pong, and cake. 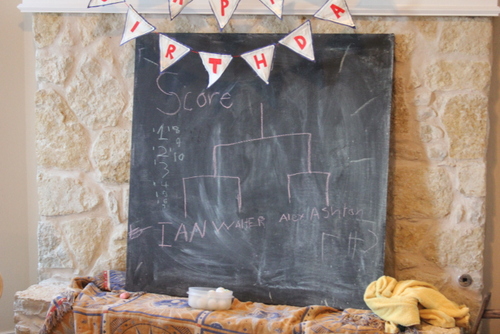 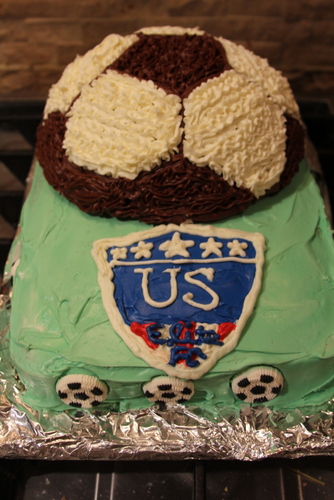 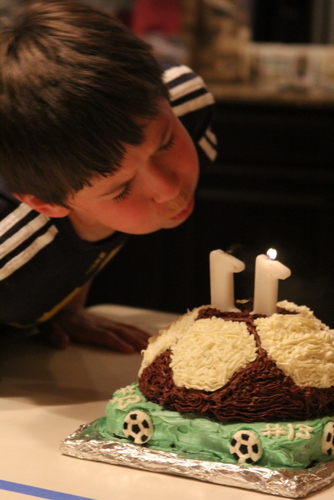 After coercing them into taking showers the boys settled on the couches to watch Goonies.

I remember loving this movie when I was younger.

What I didn’t remember were the drug jokes and curse words throughout the movie. Good chance I could receive a few calls from moms today.

After the movie we tucked the boys in at 11 pm and …wait for it……they feel asleep immediately.

For those of you who have never hosted a sleepover you will not understand what a gift this is. No one had to utter 45 times, “Boy, it’s time to go to bed now.” Derek and I kept saying to each other, “Do you really think they are asleep? Can’t be. Are they planning something?”

At 7 AM my husband and I were awakened by what sounded like a herd of cattle coming downstairs.

After a breakfast of pancakes, more video games, and ping pong we heard that wonderful sound we had been waiting for – ding dong! A child pick up 20 minutes early! At 10:05 when the last boy had been picked up Derek and I held are hands up in victory. Although only morning we climbed back into bed and vowed never to host a sleepover again.

We were feeling good and proud of ourselves until Andrew announced, “For my 8th birthday I’m going to have a sleep over too because that was so much fun.”

So now I’m standing firm on our vow.  We are not going to have another sleep over for at least 2 weeks. And for those of you counting, that’s only 236 hours till the next sleep over. Lord help us.

3 Responses to A Sleepover Party for My 11 Year Old