Summer reading choices are often light in subject matter which can make for an easy, pleasant read.

While the following books fall into the heavy, deep, serious, dark, thoughtful category, I feel they are still worth reading this summer. 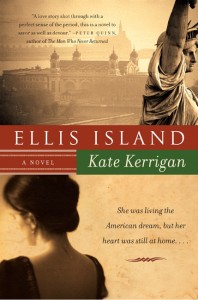 Amazon says:  Sweethearts since childhood, Ellie Hogan and her husband, John, are content on their farm in Ireland—until John, a soldier for the Irish Republican Army, receives an injury that leaves him unable to work. Forced to take drastic measures in order to survive, Ellie does what so many Irish women in the 1920s have done and sails across a vast ocean to New York City to work as a maid for a wealthy socialite.

Once there, Ellie is introduced to a world of opulence and sophistication, tempted by the allure of grand parties and fine clothes, money and mansions . . . and by the attentions of a charming suitor who can give her everything. Yet her heart remains with her husband back home. And now she faces the most difficult choice she will ever have to make: a new life in a new country full of hope and promise, or return to a life of cruel poverty . . . and love.

I say: I enjoyed this book but was often distracted by the errors in the book. Many times it seemed as if the timeline was off and characters didn’t age as they should have. For example, John’s parents are sixty years old when they take him in but thirty years later their behavior is described as a person much younger. I have always been fascinated by the 1920’s time period and the description of daily life at that time. I enjoyed this historical fiction book but certainly enjoyed the next two books more. 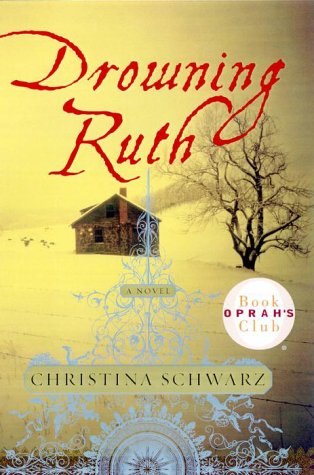 I give Drowning Ruth 5 out of 5 stars.

According to Publisher’s Weekly: “Ruth remembered drowning.” The first sentence of this brilliantly understated psychological thriller leaps off the page and captures the reader’s imagination. In Schwarz’s debut novel, brutal Wisconsin weather and WWI drama color a tale of family rivalry, madness, secrets and obsessive love. By March 1919,

Nurse Amanda Starkey has come undone. She convinces herself that her daily exposure to the wounded soldiers in the Milwaukee hospital where she works is the cause of her hallucinations, fainting spells and accidents. Amanda journeys home to the family farm in Nagawaukee, where her sister, Mathilda (Mattie), lives with her three-year-old daughter Ruth, awaiting the return of her war-injured husband, Carl Neumann. Mattie’s ebullient welcome convinces Amanda she can mend there. But then Mattie drowns in the lake that surrounds the sisters’ island house and, in a rush of confusion and anguish, Amanda assumes care of Ruth.

After Carl comes home, Amanda and he manage to work together on the farm and parent Ruth, but their arrangement is strained: Amanda has a breakdown and recuperates at a sanatorium. As time passes, Ruth grows into an odd, guarded child who clings to perplexing memories of the night her mother drowned. Why does Amanda have that little circle of scars on her hand? What is Amanda’s connection to Ruth’s friend Imogene and why does she fear Imogene’s marriage to Clement Owen’s son?

I say: I could not put this book down. There were several mornings this momma woke up grumpy because I had stayed up too late reading. There are many twists and turns in this book which kept me guessing. Typically in a good book , you love the main characters. This book was different for me since I didn’t really like Amanda from the beginning. Regardless, I loved the story and wanted to find out how everything turned out.  Definitely a dark read. 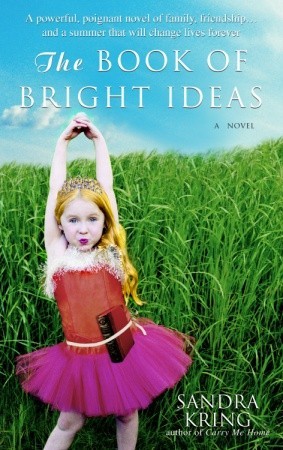 The Book of Bright Ideas by Sandra King

I give The Books of Bright Ideas 5 our of 5 stars.

Amazon says: Wisconsin, 1961. Evelyn “Button” Peters is nine the summer Winnalee and her fiery-spirited older sister, Freeda, blow into her small town–and from the moment she sees them, Button knows this will be a summer unlike any other.

Much to her mother’s dismay, Button is fascinated by the Malone sisters, especially Winnalee, a feisty scrap of a thing who carries around a shiny silver urn containing her mother’s ashes and a tome she calls “The Book of Bright Ideas.” It is here, Winnalee tells Button, that she records everything she learns: her answers to the mysteries of life. But sometimes those mysteries conceal a truth better left buried. And when a devastating secret is suddenly revealed, dividing loyalties and uprooting lives, no one–from Winnalee and her sister to Button and her family–will ever be the same.

I say: I enjoyed this book immensely and believe it was due to the fact that it was about a relationship between two very unlikely friends. Button and Winnalee are complete opposites but only because of circumstance. Their lives become intwined and follow an unlikely path. Freeda, Winnalee’s sister, spices up the Wisconsin town and Button’s family much to the dismay of Buttons’ uptight mom. Bright Ideas centers around the lives of five females all trying to find their place in life.

Have you read any good books this summer?

*If you live close, let me know if you want to borrow any of them*

This entry was posted in bargains, books, reading. Bookmark the permalink.

3 Responses to Some Heavy Summer Reading