Fruit as a Dessert?

Fruit is not a dessert.

I repeat. Fruit is not a dessert.

I hate it when you are visiting someones house and they say, “For dessert, I got ice cream for the kids and some some water melon for the adults.”

First, the kids should get the fruit, they’re still growing. The only part of me growing is my rear and I’ll be the one to worry about that thank you.

Second, watermelon is NOT a dessert.

But, in an effort to expand our horizons I decided to try a new dessert recipe which includes fruit.

I came across a recipe for a simple Blackberry Blueberry Pie and decided to give it a shot.

(unfortunately, I can’t find the original source so if you know it, tell me, and I’ll give proper credit)

Because of my hesitation for this kind of dessert, I decided to less the fruit in the recipe by one fourth.

After all, we don’t need to jump into crazy and implusive changes all at once!

The recipe is super simple and is mighty pretty when it’s all done. 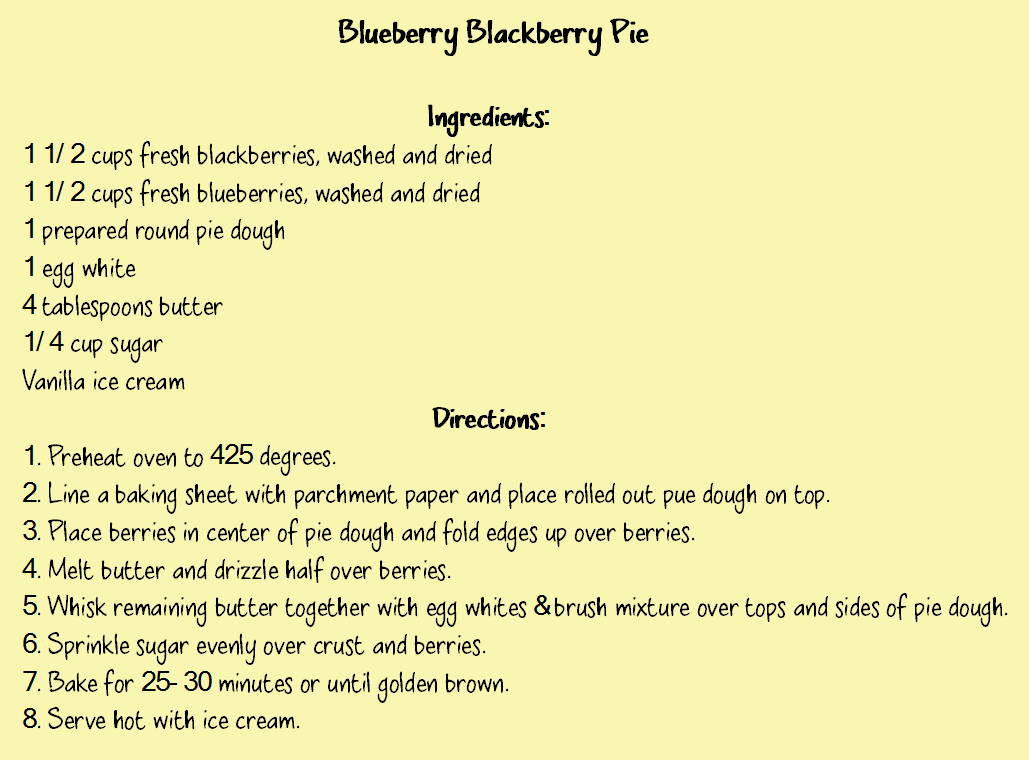 The moment of truth came when it was time to taste this dessert.

I thought it was okay.

Fine. I’ll admit it was good.

Alright. Alright. It was GREAT! My husband and I loved it. I’ll have to admit that my vanilla ice cream ratio to blueberries was not equal BUT it was good and it is a fruit desert so that’s saying a lot from me. 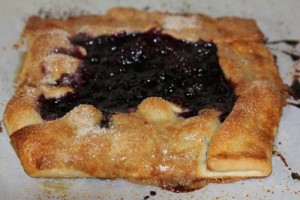 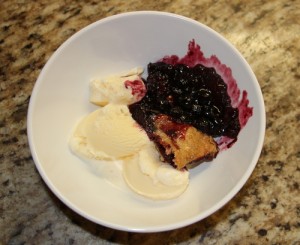 The kids were less than thrilled with the dessert but considering two out of the three of them thought I was poisoning them and didn’t even try it, I’m still counting it as a win. 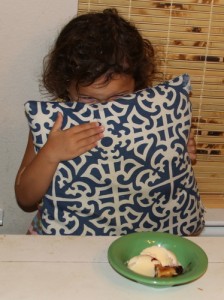 (and just for the record, those two pie haters love eating blueberries and blackberries right out of the container, but throw a little ice cream on there and it’s poison suddenly)

Since I have one more pie crust left I’m going to cut up some apples and follow the recipe using those while adding some cinnamon too.

While this dessert will never take the place of anything covered in chocolate in my mind, it was pretty tasty.

What about you? What’s your favorite dessert item to eat?

2 Responses to Fruit as a Dessert?