Last weekend Caroline and I were at the playground during Alex’s lacrosse practice.

She was quite content to just swing and swing.

After awhile, two little girls walked up and got on the swings to her left.

One little girl told the other she was five.

Caroline then said, “I’m fa-ree,” while holding up her three little fingers.

No response from them.

She ignored me and looked at the girls again.

With a flick of the wrist in my direction, she then said ….. 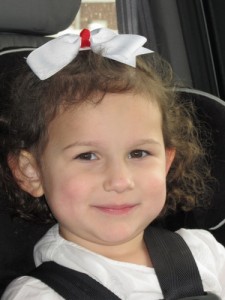 This entry was posted in caroline, observations, parenting, quotes. Bookmark the permalink.