In order to celebrate my daughter’s 3rd birthday – Mary Poppins style – we came up with a few related activities that 3 year olds would enjoy.

First up, drawing on cardboard with chalk (relates to Bert and him drawing chalk pictures in the movie). 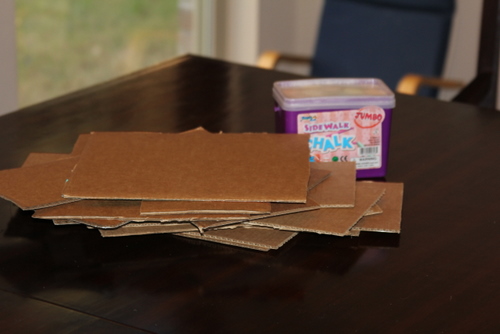 Next up, a Mary Poppins bean bag toss. We have used these boards for many many parties. We just take off the old pictures or glue right over them with the new themed pictures. 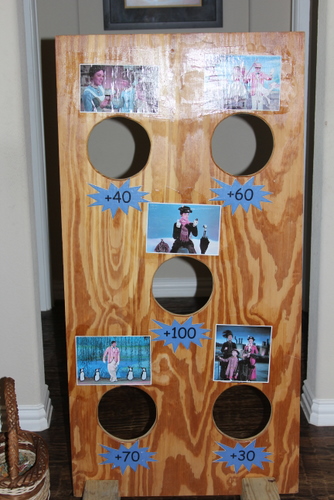 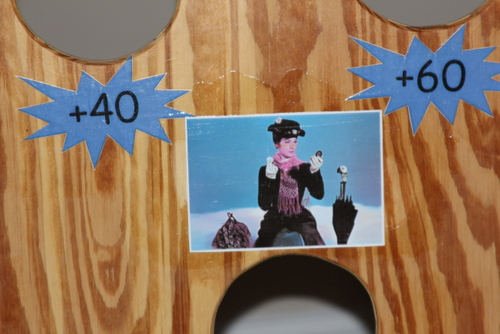 Third, racing around with stick horses (relates to the carousel horses and when they race in the movie).

These were a huge hit. I’m putting together a tutorial on how I made these. 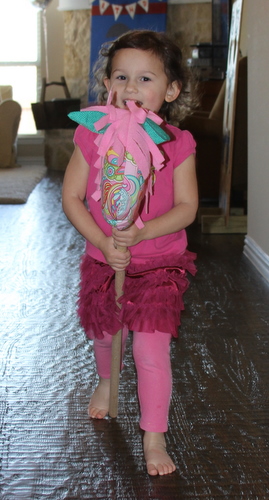 Next, pin the bow tie on the penguin (come on, do I really need to tell you what part of the story this is from?) 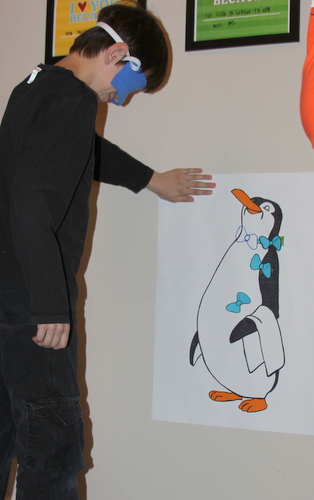 Lastly and the biggest hit of the party, chimney play! (these are supposed to be the chimneys that the chimney sweeps pop in and out of when they sing “Chim Chimney Cha-roo.”) 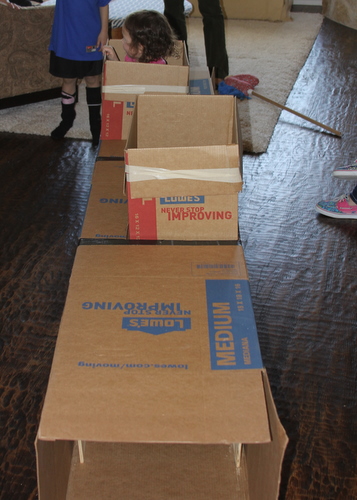 We bought five large cardboard boxes and two small boxes for about $6.00. My husband then connected them all and cut holes on the top in order to give the small boxes a place to sit. In order to make the entire thing stable, he screwed 3 pieces of wood together in the shape of a “C,” and then put it at the beginning of the box and then another one at the end. The 3 pieces of wood touched three sides of the structure – the bottom space where the kids crawled through didn’t have a piece of wood. 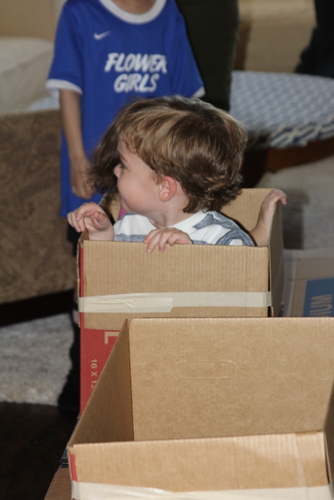 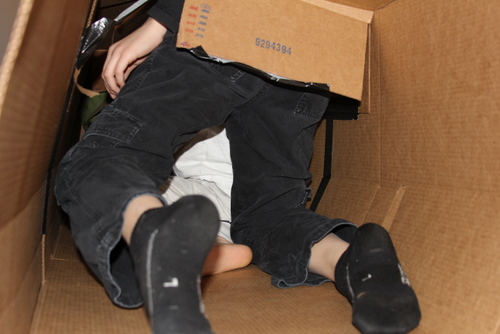 Even the big kids got in on the action. 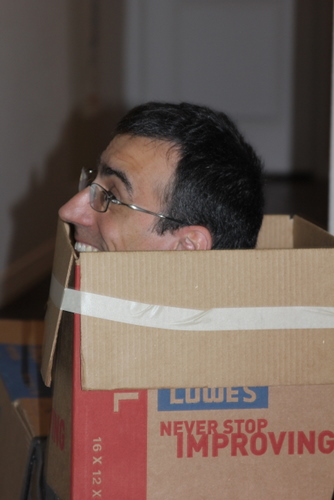 Caroline had a good time popping through the top of the structure yelling, “Cha-roo!” 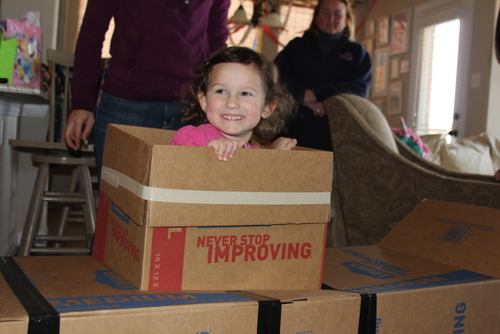 So those were our Mary Poppins party activities – I also bought sugar cubes in hopes of doing a relay race with a “spoonful of sugar,” but decided against it at the last moment. Another activity we didn’t use a bunch of musical instruments I had gathered. I thought the kids could play in a band like the one that plays while Mary Poppins receives her prize for winning the horse race.

Altogether I spent about $60 on the entire party. I would have spent about $40 had I planned ahead and used coupons to purchase many of the items. Oh well, I like to think I do my best work at the last moment.