I knew this would happen. 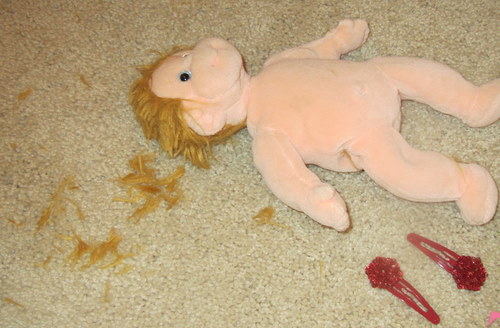 I knew it was only a matter of time before someone in our house lost some hair. 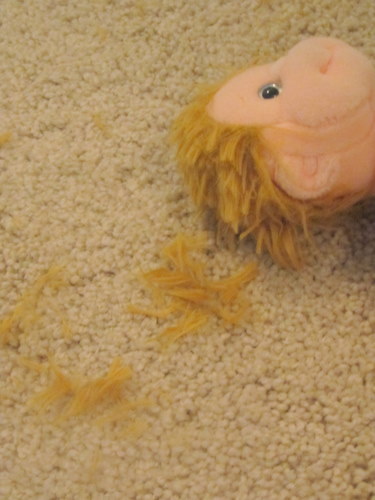 Apparently my daughter has inherited the need to cut hair when she sees it.

My love of hair dressing started with Barbies.

Every Barbie I owned had short hair after several visits to my salon.

I was years ahead of G.I. Jane.

Then there were my sisters.

Poor innocent victims of my obsession.

My sister Amanda had a head full of curls. Anything I did to her hair really went unnoticed.

This was not the case with Kelly and her thin straight hair.

She would climb up on the chair and let me cut away.

She let this go one for years.

Until she was in 4th grade.

That year I took it a little too far.

Or, a little more accurately, a little too short.

With fourth grade class pictures looming the next day I set about cutting Kelly’s hair. There was no give like Amanada’s hair. I think her bangs were roughly two inches long when I finished them. Not good when there is four inches of space to fill.

I found Caroline’s handy work one day during naptime. Since naptime is now quiet playtime I just let her be when I heard doors being opened and closed. Apparently, she found the scissors in the craft room and went to town.

I really can’t be angry.

I mean, after all, you can’t fight DNA.

This entry was posted in caroline, family, hair, observations, parenting. Bookmark the permalink.