Here are a few more books that I have enjoyed lately…

The 19th Wife by David Ebershoff 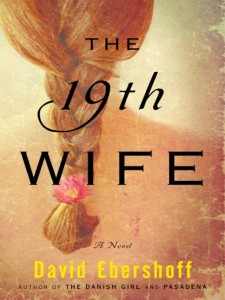 From Amazon: It is 1875, and Ann Eliza Young has recently separated from her powerful husband, Brigham Young, prophet and leader of the Mormon Church. Expelled and an outcast, Ann Eliza embarks on a crusade to end polygamy in the United States. A rich account of her family’s polygamous history is revealed, including how both she and her mother became plural wives.

Yet soon after Ann Eliza’s story begins, a second exquisite narrative unfolds–a tale of murder involving a polygamist family in present-day Utah. Jordan Scott, a young man who was thrown out of his fundamentalist sect years earlier, must reenter the world that cast him aside in order to discover the truth behind his father’s death. And as Ann Eliza’s narrative intertwines with that of Jordan’s search, readers are pulled deeper into the mysteries of love, family, and faith.

I was initially unsure about this book but am so glad I decided to read it. The story switches back and forth each chapter from the 1800’s with Ann Eliza to the present day story with Jordan. I found the information about polygamy, both past and current, fascinating and unsettling. I would definitely recommend this book. 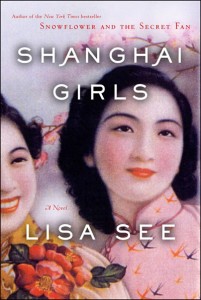 From Amazon: In 1937 Shanghai—the Paris of Asia—twenty-one-year-old Pearl Chin and her younger sister, May, are having the time of their lives. Both are beautiful, modern, and carefree—until the day their father tells them that he has gambled away their wealth. To repay his debts, he must sell the girls as wives to suitors who have traveled from Los Angeles to find Chinese brides. As Japanese bombs fall on their beloved city, Pearl and May set out on the journey of a lifetime, from the Chinese countryside to the shores of America.

Though inseparable best friends, the sisters also harbor petty jealousies and rivalries. Along the way they make terrible sacrifices, face impossible choices, and confront a devastating, life-changing secret, but through it all the two heroines of this astounding new novel hold fast to who they are—Shanghai girls.

At times a very hard read but well worth it. If you enjoyed reading Dreams of Joy or Memoirs of a Geisha you will enjoy this book. 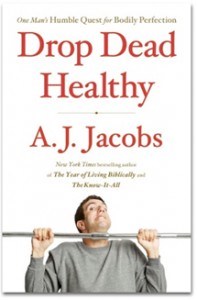 From Amazon.com – Caley Anderson – You may know A.J. Jacobs as the man who attempted to read the Encyclopedia Britannica from cover-to-cover. Or you may have been introduced to him when he spent a year trying to follow the Bible as literally as possible. He returns once again with another seemingly impossible task–that of becoming the healthiest man alive. As with his earlier books, Jacobs brings his quick wit, self-deprecating humor, and journalistic eye to the experiment. He leaves no health stone unturned: from literally running his errands and wearing noise-cancelling headphones for hours a day to rigging a desk that he can work at while walking on the treadmill (there are instructions at the end for those interested), Jacobs chronicles the good, bad, and ugly of trying to attain “perfect” health. Jacobs’ writing is breezy, informational, and entertaining, and he manages to achieve the near impossible–discussing issues of health without sounding preachy. –Caley Anderson

I loved A.J. Jacobs previous books – The Know It All (he spends an entire year reading the Encyclopedia Britannica) and The Year of Living Biblically (he lives by the Bible for a year) – since they are both filled with ridiculous humor and sarcasm.  This book is also a year in his life, this time his attempt to get healthy. Although entertaining I  feel his other two books listed above are much better though with Jacobs humor and writing style I always know I’m in for a good book when I pick one up.

Have you read any good books lately?