I tutor math 3 days a week for 3 hours a day in an elementary school.

The other day I was talking to the big wig know-it-alls on my campus, the 5th graders.

Being the oldest on campus, they think they know it all.

We were discussing fractions and decimals and how they are used in the real world – money, cooking, measurement, sharing, medication doses, and building materials, just to name a few.

Those examples didn’t sway them into thinking fractions were relevant so I said, “Let’s pretend you are at Walmart at the deli counter. You ask for a half a pound of ham. The worker slices the ham and puts it on the scale. The scale says .12 – Did you get enough ham?” 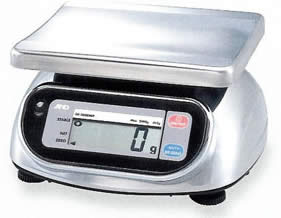 “Why you go to the deli for your ham? There’s packs already cut up on the wall. Just grab one of those packs. You don’t have to wait in line for no measuring. Who goes to the deli? Not me.”

“Did you get enough ham?”

“Do you think Beyonce buys her meat at the deli?”

I don’t know if they keep me young or make me age faster.

Either way, I feel pretty lucky that I get to hang out with those big wigs.

This entry was posted in observations, school. Bookmark the permalink.